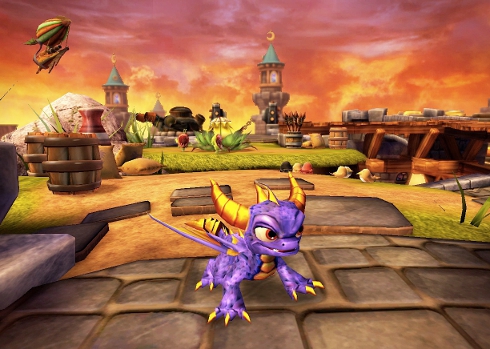 Activision is trying to revive the Spyro franchise with Skylanders: Spyro’s Adventure. The new game sees players needing actual toy figures of the playable characters being placed in a “Portal of Power” external adapter in order to play. Each new copy will come with three figures (one of them being, of course, Spyro himself.)

The idea might sound cool to some, but others such as Pachter believe that it will “underperform expectations due its studio and target age group.” Whether or not Skylanders will become a hit is anyone’s guess at the moment, but either way Activision has released a new trailer detailing the story and explaining in brief how to use the Portal of Power along with the figures.