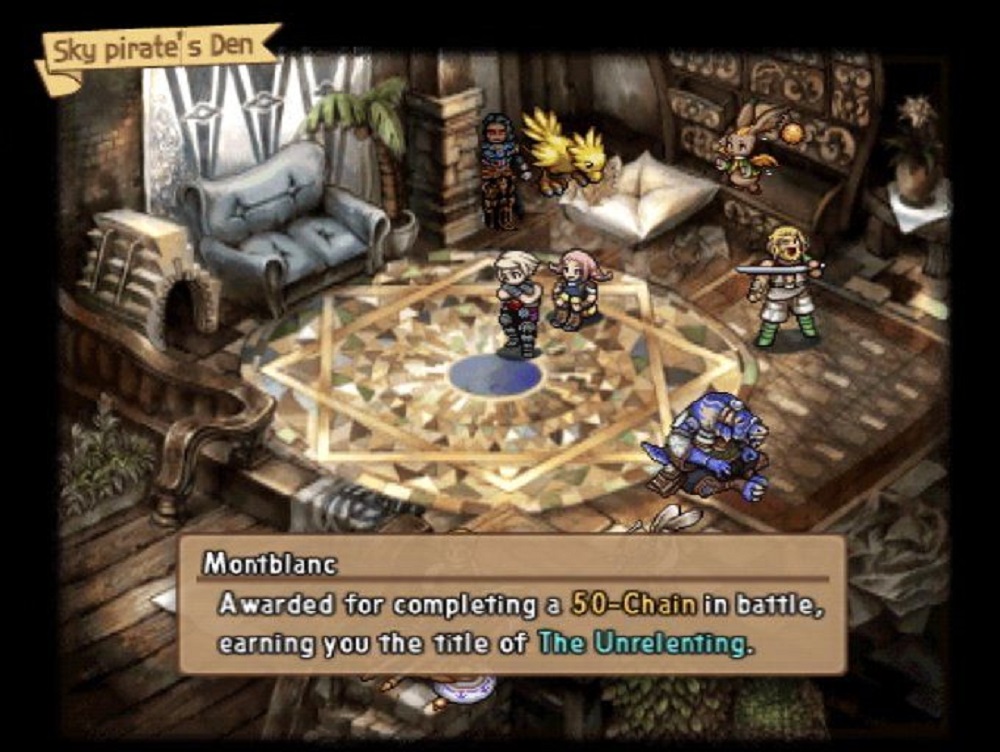 The new update will reintegrate the Sky Pirate’s Den within the game, a feature previously absent from the re-release. The Sky Pirate’s Den is a fun side-addition to the main game. As the player hits various mystery milestones, chibi sprites of heroes, villains and monsters will start to occupy a locale, that can be accessed from the menu. Each character that arrives in the den also unlocks a title for the player.

Though it doesn’t add a whole lot to the game per se, it’s a fun distraction to try and collect all the available characters, as well as surprising yourself by completing lengthy grinds you never knew you were on, such as “Walk 50,000 steps” or “Cast 200 Magicks” etc. Along with the re-implementation of this side-feature, Today will also see Japan receive a free PS4 theme based around the game’s Eruyt Village.