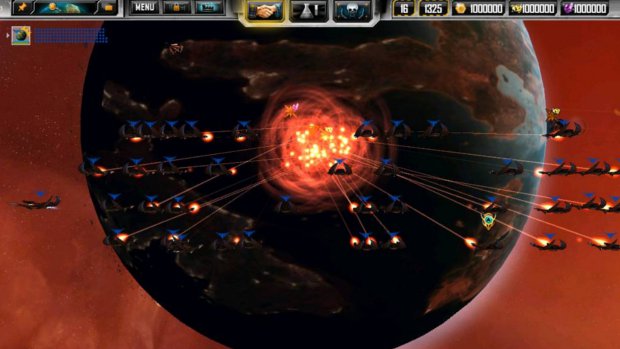 Guess what, Steam gamers? (I think that’s just about everyone on PC these days.) Stardock is now offering its games on the popular digital distribution service. The first title, Sins of a Solar Empire: Trinity, is already available. It will be $19.99 regularly, but right now it’s on sale for $14.99.

Stardock used to own its own digital distribution service, Impulse. It’s since been sold to GameStop, so they don’t have any reason to to keep their games off of Steam. Sins is just the first one, and Stardock is planning on introducing more titles over the next few weeks.

If you have never played Sins, then you need to drop everything you are doing and go get it immediately. It’s a giant scaled real-time strategy game, and it will let you carve out your own empire in space. There is plenty of fun to be had battling the AI, or you can fight with your friends in some multiplayer action. It’s one of my favorite games that I have never had time to really play. Now that there is a version of it on Steam, maybe I’ll finally find some friends to play it with me.

Other Stardock games which could become available include Elemental: War of Magic, Demigod, and Galactic Civilizations.