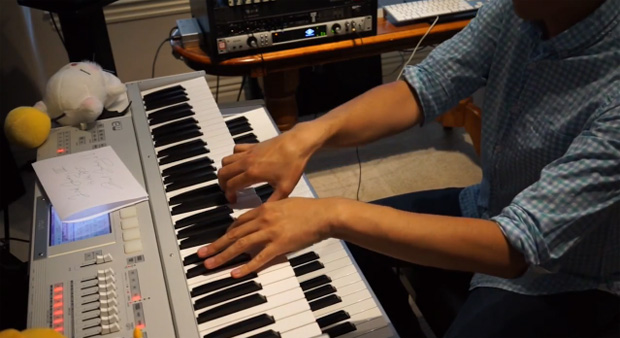 Or just listen to Dale’s performance

Square Enix is running a “Legacy of Music” contest for Theatrhythm Final Fantasy Curtain Call next month in which fans can submit a brief music video of themselves performing the main theme of Final Fantasy. Prizes include a round trip for two to the Distant Worlds: Final Fantasy concert, a Japanese Curtain Call 3DS XL, lots of soundtracks, and a signed copy of the game.

Here’s a fun video breaking down how to participate in the contest, complete with a bonus appearance by our own Dale North, who is trying to tell us something about Final Fantasy VIII.

Entries can be submitted between August 5 – 24, 2014, and they’ll be judged by composer Nobuo Uematsu.