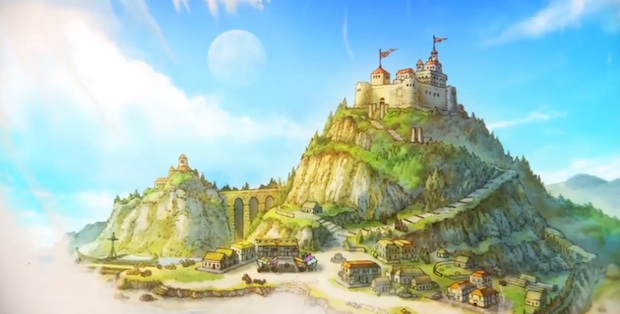 The Legend of Legacy sounded pretty good on paper. Honestly, I’m easy ; they had me at ‘3DS RPG’ already. But look at it! Look at that pop-up environmental effect! That music!  Watercolors! Shading! Big heads! The games’  name does absolutely nothing for me but this new trailer more than makes up for that.

Word is that lots of the development staff of The Legend of Legacy are former Square Enix staff, coming from the SaGa team. The amazing Masashi Hamauzu (SaGa series, Final Fantasy XIII, many more) is set to create the game’s soundtrack.

FuRyu is coming to Japanese 3DS systems early next year. No word for us westerners yet. But I’m sure you noticed those English subtitles. I’d say that’s a good sign.

Check out the game’s official webpage for some shots of the special soundtrack CD as well as a couple of BGM samples.