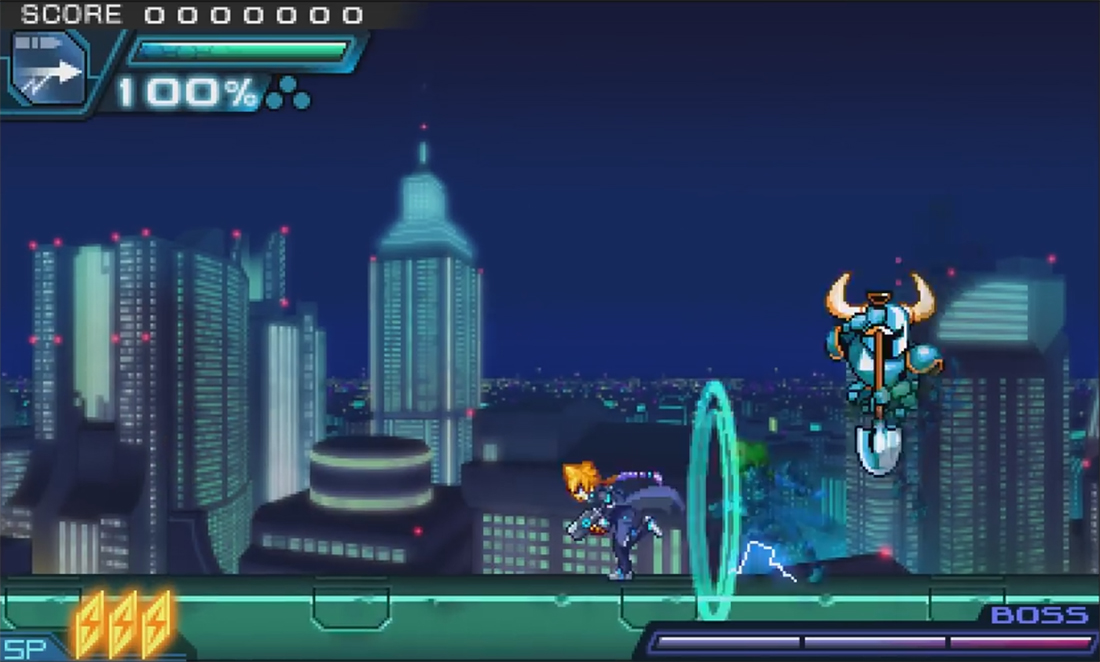 Maybe this shouldn’t come as a surprise following last week’s news that Yacht Club Games will be working with Inti Creates on a retail package for Azure Striker Gunvolt and its upcoming sequel, but the Blue Burrower himself will be making a guest appearance in Gunvolt 2. The bonus boss battle will be accessible using the Shovel Knight amiibo and can be fought with either of the game’s protagonists.

He looks pretty tough! Guess you don’t beat your own retro action game without picking up a few tricks.