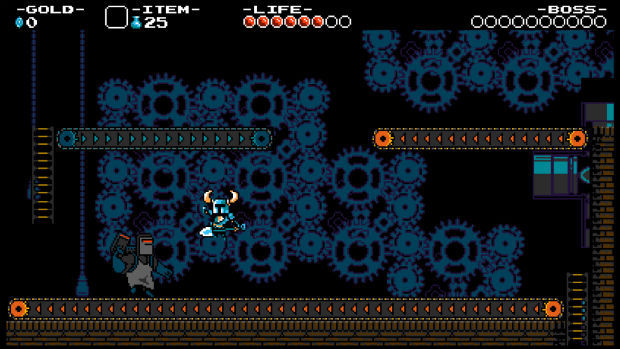 ‘Kickstarter was a really stressful time’

Shovel Knight finally arrived in June, and it was everything a platformer fan could hope for. Game Informer had a chance to chat with developer Yacht Club Games’ Sean Velasco and Nick Wozniak on the process, giving us some more details on the creation of the game as well as what’s next. Sales-wise, they note that the game is doing “very well,” and that across all platforms it is “exceeding expectations.”

Yacht Club Games also commented on the whole Kickstarter process, calling it “a really stressful time.” They even go so far as to say that it’s “very hard to find time to work on a game at all when you’re doing Kickstarter.” I can certainly see where some of the delays came from then!

Finally, future content is teased for the planned free updates. As a reminder, Plague Knight, Specter Knight, and King Knight are coming as playable characters. It will be roughly “95%” the same, with the possibility of a slightly different story and a new boss. The characters won’t be skins though, as they’ll all have new abilities.

If you haven’t checked out Shovel Knight yet, here’s our review, as well as a breakdown of all three platforms and some tips.