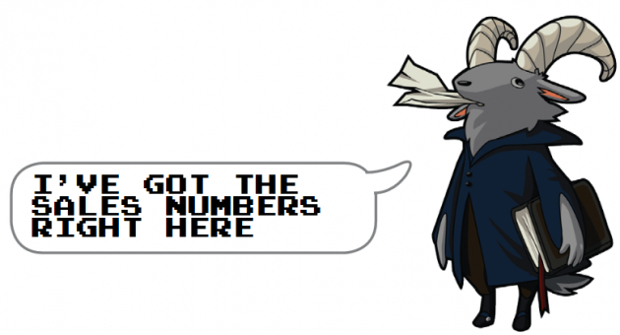 Shovel Knight has been out for a month and many have been curious about how well it’s selling. We heard that it was exceeding expectations, but by how much? The good folks at Yacht Club Games have put an immense amount of work into giving us all the details on all of that. Not counting Kickstarter presales, the game has moved over 180K units across PC/Steam (37%), 3DS (33%), and Wii U (27%) at $14.99 a piece, with 3% of additional sales coming from GOG.com and Humble.

By my math, that means the game has brought in about $2.7 million in sales so far. That’s quite a haul for a small team! Hopefully they’ll be digging into more profits for years to come. Yacht Club attributes the proportionally impressive Wii U and 3DS sales in part to the ample marketing assistance Nintendo provided over the course of development. My guess is that on top of the Nintendo signal boost, Wii U sales were aided by smart shopper foresight. The Wii U will be the best place to enjoy the game’s multiplayer stretch goal once it’s ready.

Just a couple of days ago, my new pal Teddy Lee (Rogue Legacy, now on PSN) was telling me how he couldn’t help but fear that only Nintendo games will make money on Nintendo home consoles. Maybe if more games like Shovel Knight come along, that old axiom will prove to be outdated. In the meantime, lets hope that Chris Hoffman’s “Butt Mode Activated” shirt idea wins that We Love Fine contest. Let’s hope with all our hearts.