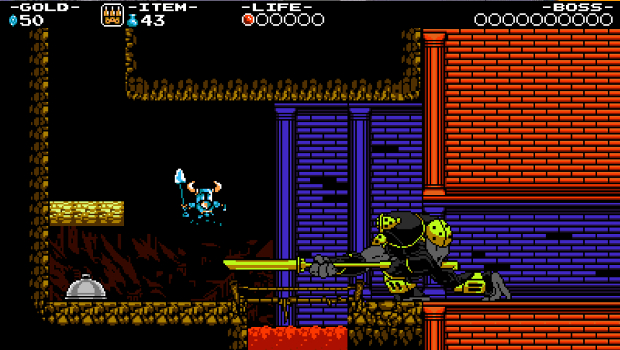 Wondering which version of Shovel Knight to get? Well, maybe some additional features might help. Thanks to the 3DS’ two screens, when you play Shovel Knight you don’t have to stop shoveling fools to change your items or view gear.

On the Wii U, you’ll see Digger’s Diary messages on the gamepad in every area, similar to Dark Souls. But you can draw, too. More like Dicker’s Diary. A lot will be drawn. Of course, the Wii U will also get multiplayer in an impending, free update.

Which version of Shovel Knight are you getting? It definitely looks appropriate for the 3DS.