With a collaboration from Nitrome

Today during the Yacht Club Games presentation, the studio announced a new game in the Shovel Knight franchise (read: not an expansion for the original), Shovel Knight Dig.

The game looks to be a sort of mix between classic platforming and the beloved Mr. Driller series, and will be a joint collaboration between franchise creator Yacht Club Games and Nitrome. In case you haven’t heard, Nitrome kicks ass in the mobile space (pivoting into consoles recently) and has developed a ton of great games like Bomb Chicken: the two of them together is an amazing combination.

Dig will have an “all new story,” with new Knights (which are basically Robot Masters now), including Spore Knight and Drill Knight (which have great Mega Man analogs with Drill Man and Split Mushroom). There will be randomization elements to ensure “every adventure is different,” which is very much inline with a recent Nintendo indie collaboration, Cadence of Hyrule, with RPG elements, including “permanent items and upgrades.” Finally, Jake Kaufman will return to produce the soundtrack.

Yacht Club Games is calling this the “first collaboration” with Nitrome, and I hope it’s one of many. It’s been in development for “over a year,” and “still has a ways to go,” so there’s no release date yet. It will be playable at PAX West though. 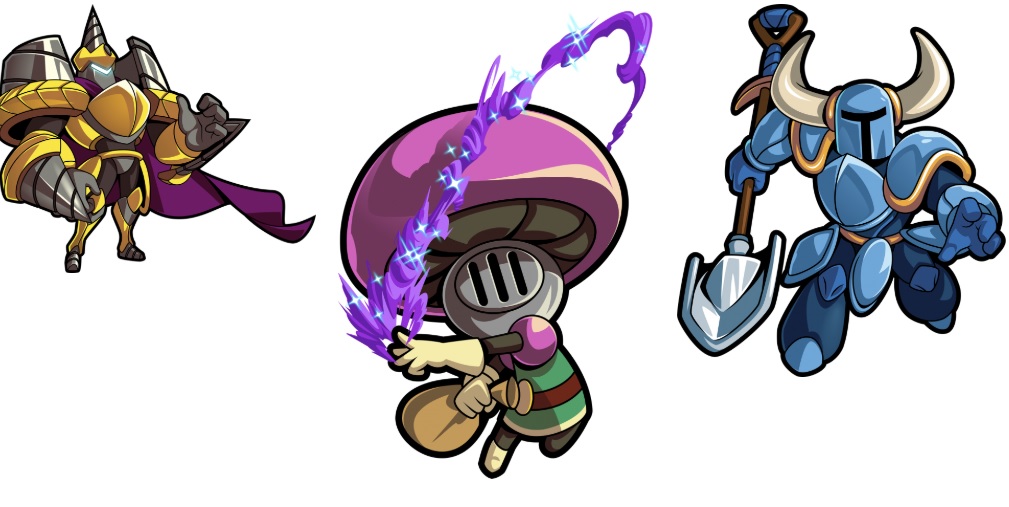