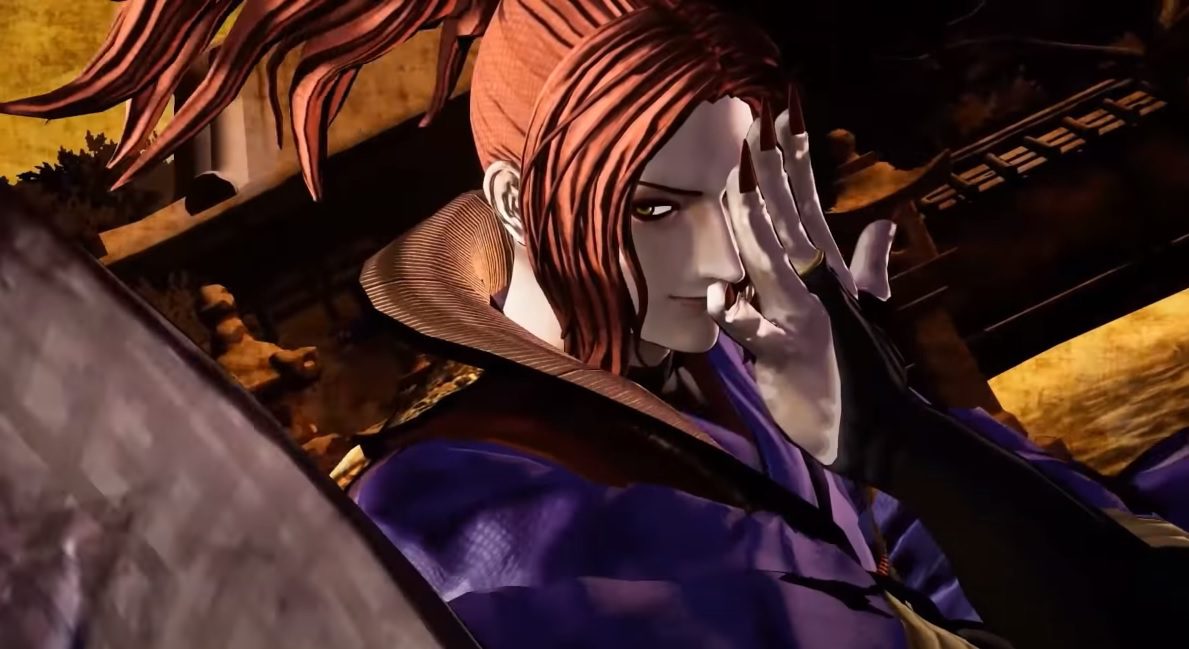 SNK has released the first full gameplay trailer for the next DLC character headed to its claret-splattered fighter Samurai Shodown. Shiro Tokisada Amakusa will be the third fighter to arrive as part of SamSho‘s Season 3 pass, following on from recent returnees Cham Cham and Hibiki Takane.

The arrival of Shiro has been foretold for some time, with Samurai Shodown‘s post-credits sequence featuring a teasing glimpse of an ominous glowing orb. This orb, or “gem”, is the cornerstone of Shiro’s attack pattern, and can be used as a projectile, a defensive tool, or even just a frustrating distraction, allowing Amakusa to get in and deal deadly damage. The gem also affords Shiro swift movement and teleportation abilities, making the religious revolutionary a terrifying opponent not only at all times, but also from any conceivable distance…

…I mean, he was a boss character, after all.

Shiro Tokisada Amakusa will be made available for purchase on all platforms June 14. The same day will also see Samurai Shodown end its one-year exclusivity deal with Epic Games Store, and thus will see SNK bring the brilliant fighter to the Steam platform. Given Shiro’s importance in the narrative’s modern timeline, it would be a snug assumption to suggest he may be Samurai Shodown‘s final native character. This is, of course, not including a still-unidentified Guilty Gear guest star, who will round out Season 3 later this year.

It’s gotta be Baiken, right? Please let it be Baiken.