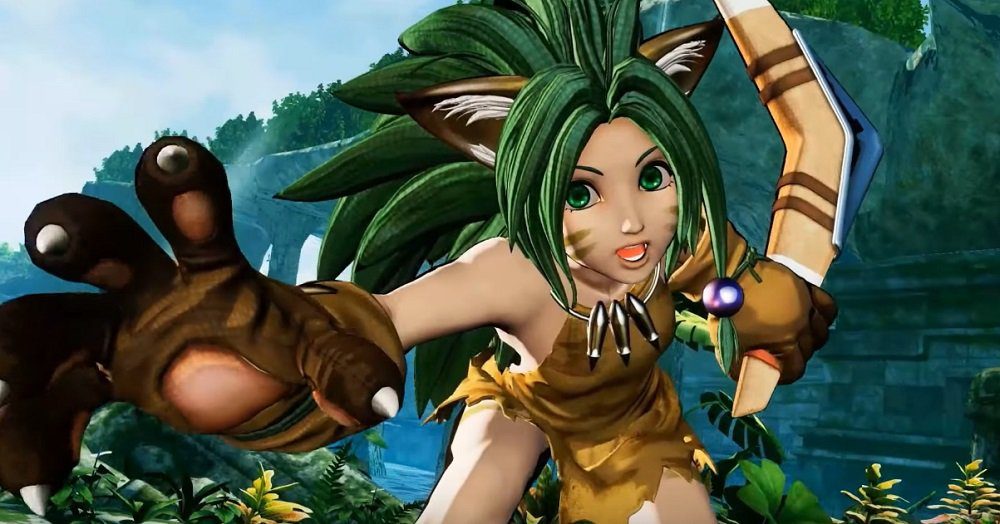 Among the bevy of teases that came out of Saturday’s Japan Fighting Game Roundtable event was the news that a mystery character from the wild world of Guilty Gear will be making a guest appearance in SNK’s Samurai Shodown as part of the latter Season 3 DLC content.

While the GG guest star was not named, SamSho‘s propensity for bladed weapon-based battles leans heavily toward poster boys such as Ky Kiske or Sol Badguy. That said, almost everyone in Arc System Works’ attractive franchise is armed in some form or fashion, so it’s time for fans to place their bets. The guest star will join the Samurai Shodown roster alongside other crossover characters, such as Warden from Ubisoft’s melee fighter For Honor, and Hibiki Takane from SNK’s own The Last Blade.

SNK also took the time to release the first full trailer for Season 3’s first DLC character, Cham Cham. Originally debuting in 1994’s Samurai Shodown II, Cham Cham is the younger sister of Tam Tam, and is known for her infectious charisma, cat-like personality, and adeptness with a boomerang. Cham Cham will launch in-game on March 16 – which is incidentally the release date for Samurai Shodown on Xbox Series X.