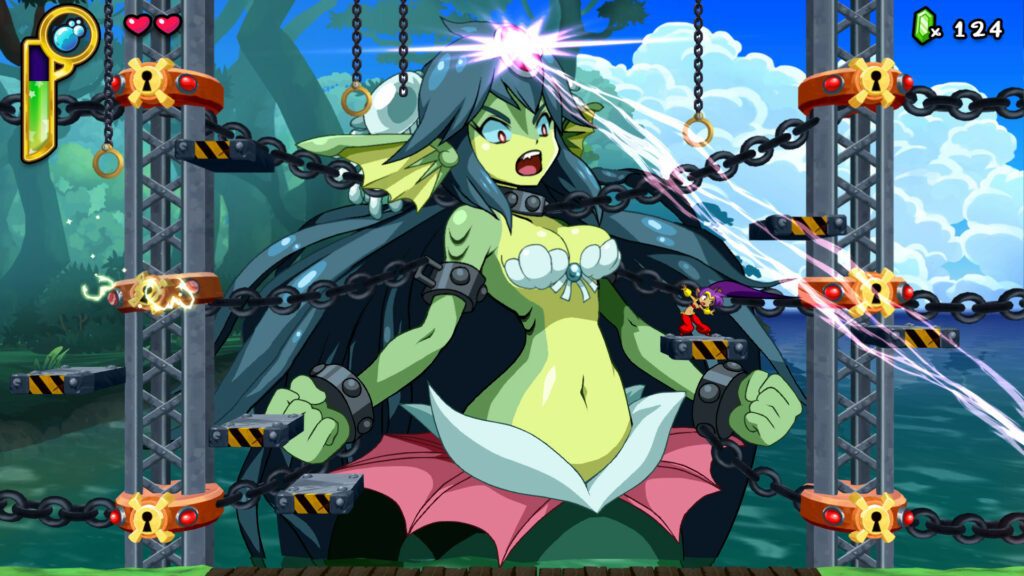 Oh Shantae, I just can’t quit you. We haven’t heard from you in quite some time, and your last video game was a staggering disappointment, but you remain utterly and infectiously loveable… What’s that? You would like me to purchase you AGAIN, on yet another platform? In the form of an Ultimate Edition? Well, your wish is my command, sister.

This is my wistful way of telling all y’all that Shantae: Half-Genie Hero is now readily available on PS5. The new “Ultimate Edition” brings the magical dancing gal’s animated antics onto next-gen platforms, with a (slightly) revamped edition of her best-selling 2016 release, the third sequel in the colorful platforming franchise. Shantae: Half-Genie Hero Ultimate Edition includes the base game as well as all its DLC expansions and additional modes — from Friends to the End and Pirate Queen’s Quest, to the Hard Core difficulty setting and the very important “Jammies” mode.

In terms of PS5 “upgrades,” it’s a little light, mostly pertaining to DualSense support and Activity functionality — which is kind of like when DVDs listed “Interactive Menu” as a special feature. Still, it’s great to see this beloved adventure-ready and raring to go on a new platform. Better still, owners of the original PS4 edition of Shantae: Half-Genie Hero will bag themselves the Ultimate Edition upgrade free of charge. Delightful. While Shantae’s fans wait on tenterhooks for word on a brand new escapade, a quick dash through one of our girl’s best adventures isn’t going to harm anyone.