Very few games make me smile while playing. I always find gaming pretty intense, even when having fun. But boy, do I grin like a dang fool when playing the Shantae series. I love the colours, the characters, the world, the adventures and the music. Simply put, the Shantae games make me happy, whisking me away briefly from the blues of the world, like many good video games should.

Last year’s Shantae: Half-Genie Hero was a popular release, despite its streamlined design, audience-dividing aesthetic changes and incredibly low difficulty. Sometimes, people love a game’s world, and just enjoy being part of it. Today, you can return to the Half Genie Hero world, but this time in the role of the genie-girl’s notorious arch-enemy; Risky Boots, Queen of the Seven Seas! 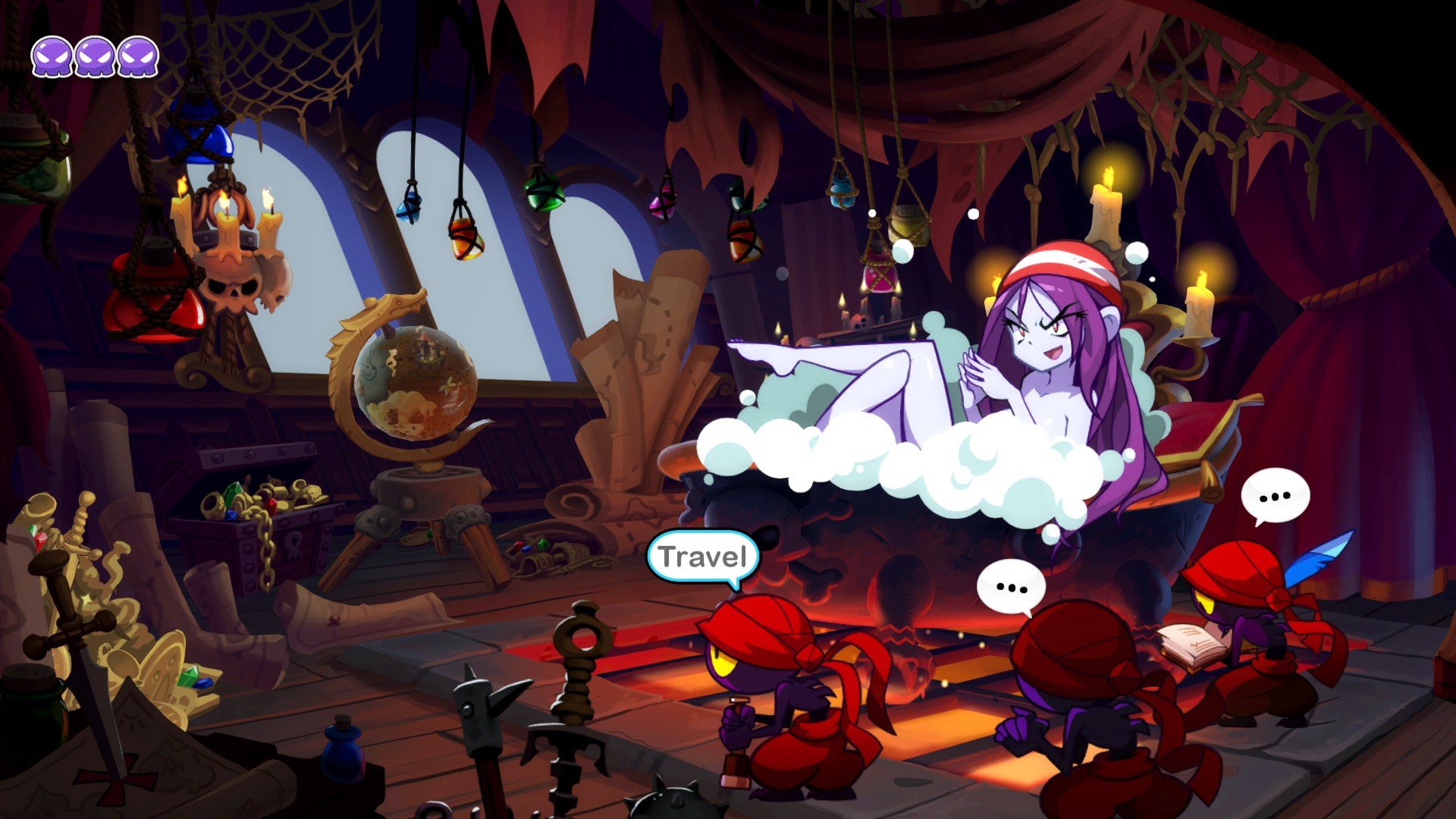 The Pirate Queen’s Quest DLC has been a long time coming, but fans have shown excitement for the opportunity to experience a Shantae game as a different character. That is exactly what they’ve received here, as Pirate Queen’s Quest reuses the stages and bosses from the main game, but replaces the player character with the dastardly Miss Boots, who has her own mobility options and attacks to call upon. Completing each world also unlocks further skills, many of which will be familiar to fans of the previous Shantae game, Pirate’s Curse.

The levels remain largely unchanged, though some areas, tuned specifically to Risky’s abilities, have been augmented into Half-Genie Hero’s layout. I was happy to see some returning enemies from Pirate’s Curse, all of whom are beautifully styled and animated. Other than these features, some new narrative dialogue, and the LEWD bathtub option screen, little has changed.

The player controls Risky through Half-Genie Hero’s five stages, collecting the components necessary to create her new invention, the final boss of the main plotline. The player then essentially re-runs the five stages again, using new-found abilities to gather previously out-of-reach upgrades and to collect fifteen genie crystals, before ultimately tackling a sixth stage and a final showdown.

There’s little more to it than that. I completed the DLC, with 100% of items collected, in almost exactly 150 minutes. So it is fair to say that for serious Shantae fans, the DLC will provide a single session’s entertainment. There is some odd storytelling at work, due to the parallel storyline having to explain why Risky is fighting Shantae’s previously defeated bosses, and even her own Tinkerbat army. These paradoxes are unavoidable, but it does feel a little weird having the hellish Captain’s own sycophantic soldiers attacking her. 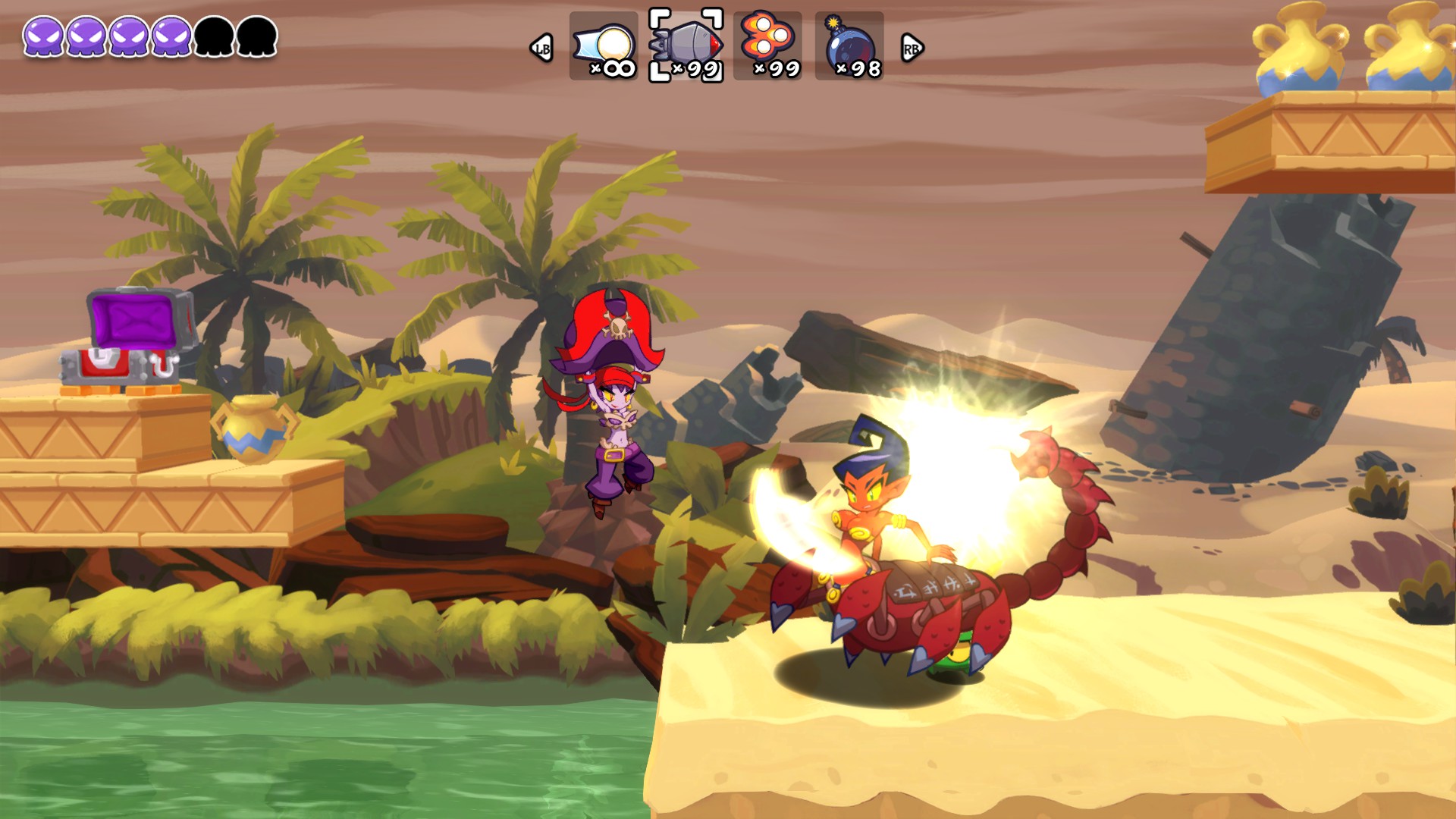 It’s great to have new life reinvigorating your favourite games, and it’s a wonderful novelty to play as Risky Boots for once, even if you do feel genuinely unhappy laying a beatdown on the final boss (guess who?) But, I need to step away from my personal adoration of the series to admit that it is all over pretty quickly, and obviously incurs curious deja vu throughout. In comparison, the free Hardcore Difficulty mode, released earlier this year, gave me double the gameplay time that is presented here in a paid update.

I will never turn down the opportunity to play or revisit the Shantae universe, I love this series. I hope there will be many more adventures in the future. I had a great time for the short time I ran the buxom bucaneer through her own mini-adventure, but apart from the redesigned sixth stage, and the nostalgic joy of seeing some returning villains and skills, there wasn’t much here that I couldn’t have gotten from just running the main game again. 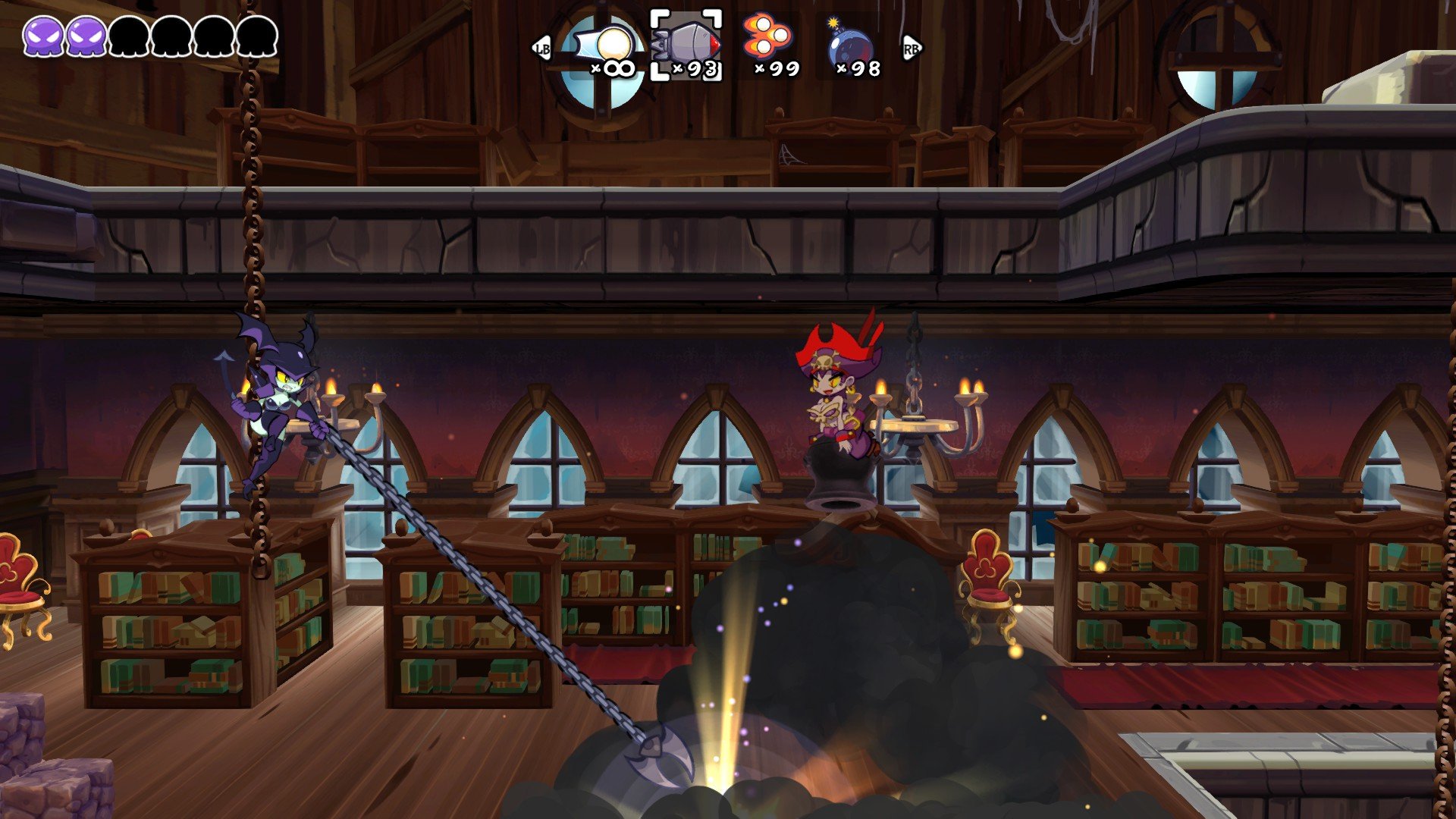 Pirate Queen’s Quest is a fun addition to Half-Genie Hero, and fans like myself will enjoy seeing the story from the other side of the moral thermometer. I’m convinced all Shantae fans will be grabbing this update anyway. But be aware at what you’re getting for your money: an opportunity to play through the same game, with a cool new sprite and some very minor alterations.

That may be enough for super-dedicated Shantae lovers or Kickstarter backers who receive this update for free, but the more casual observer will more than likely find themselves wishing for much more content for their ten dollars. A wish that may remain unfulfilled to them, no matter how hard they rub the lamp.