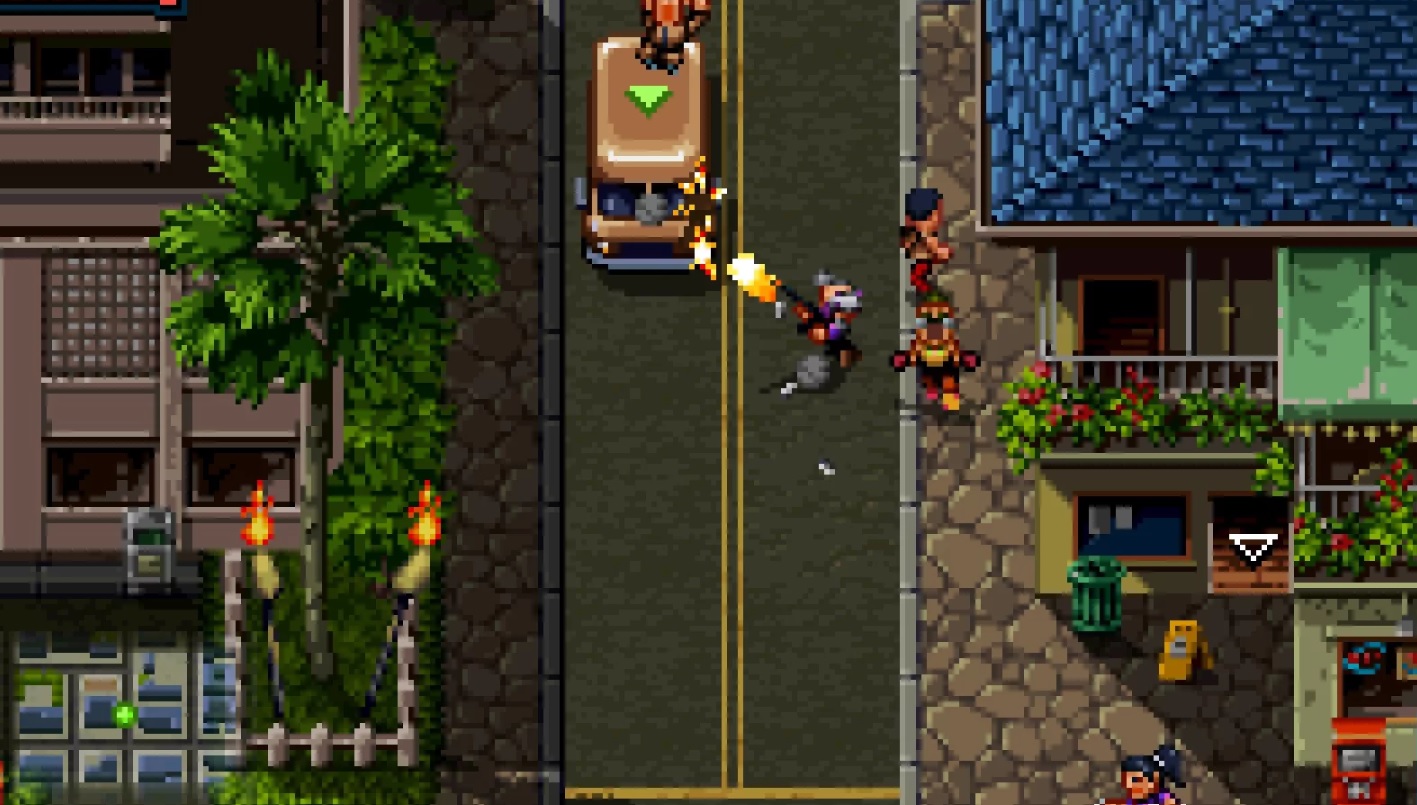 Shakedown: Hawaii is currently available for PC, PS4, Nintendo Switch, and PlayStation Vita, and now it’s coming to another quasi-legacy handheld: the 3DS. Developer Vblank sort of has a thing for supporting systems when no one else will (Retro City Rampage famously was released on WiiWare near the end of its life), and the 3DS is no exception.

Despite Nintendo not actively developing games for it (that we know of, as of this E3) and nearly no one releasing major new games for it the past few months outside of Atlus, Vblank is gearing up for a 3DS launch on September 19 in North America, and September 26 in Europe. The news comes straight from Vblank’s official Shakedown: Hawaii website.