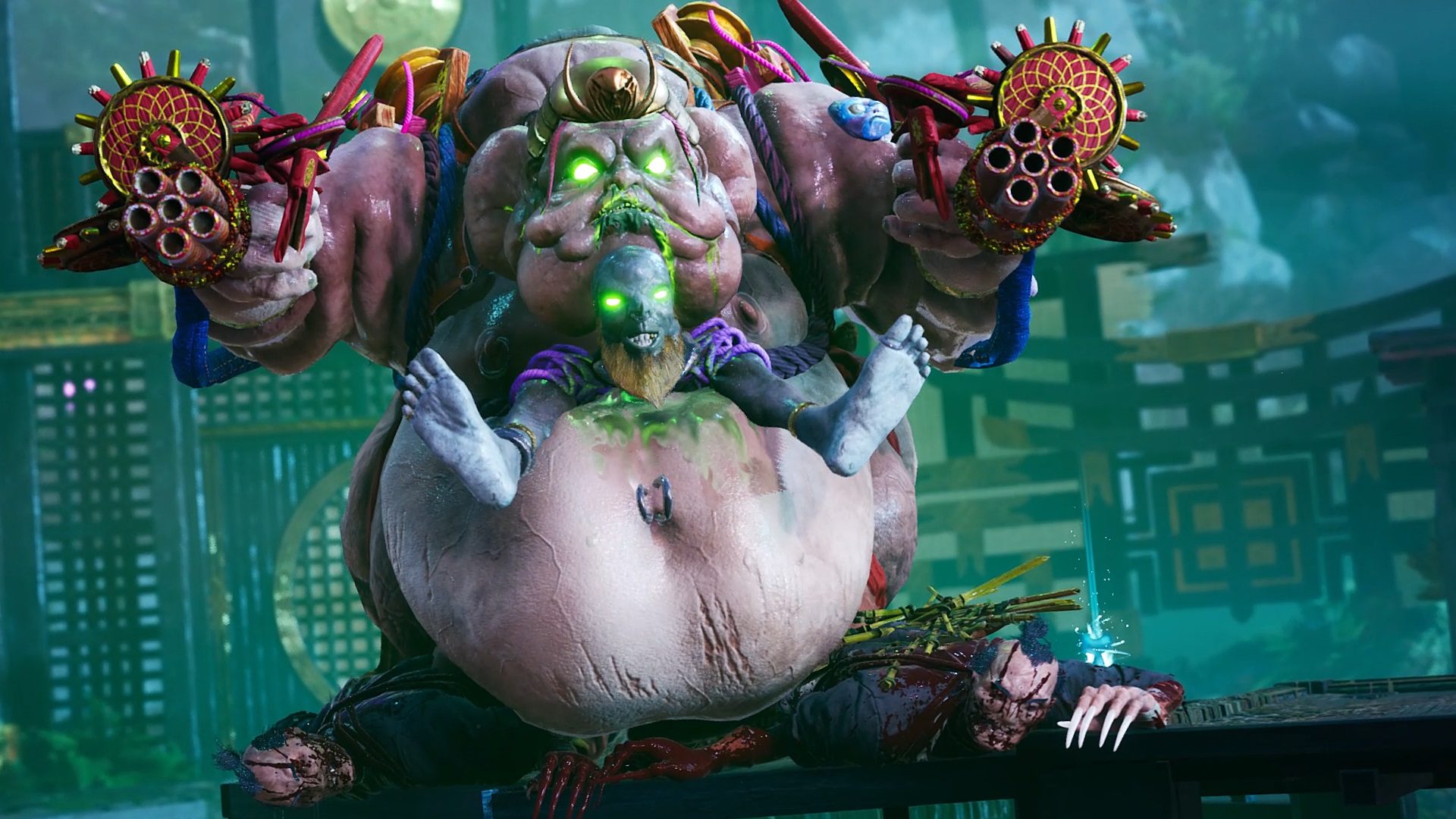 Despite being yet to bless us with a launch date, Devolver Digital continues its explosive marketing drive for Flying Wild Hog’s Shadow Warrior 3. Having already given us a glimpse at the shooter sequel’s devastating weaponry, this new trailer gives us a look at some of the unfortunate villains that will be stood in the line of fire.

Among the cartoonish-yet-utterly-repulsive beasties on display are the staff-wielding Seeking Shokera, the mammoth brute known as the Oni Hanma, the repulsive Gassy Obarion, the acrobatic Mogura Twins, and the incredibly creepy Slinky Jakku, which is like a toy from your darkest nightmares. We get to see each of the villains in action out in Shadow Warrior 3‘s festive-looking fightzones, with every villain bringing their own unique style to the battle.

What these trailers lack in context they make up for in raw, incendiary action. A blur of trigger-pumping firepower and lightning-fast evasion, all soaked in buckets of blood and gore. Devolver Digital has recently outlined its plans for the upcoming Summer Games Fest 2021 event, noting that Shadow Warrior 3 is set to make an appearance. It’s getting pretty late in the day for development, so hopefully we’ll finally receive a release date for this long-awaited sequel.

Shadow Warrior 3 is currently in development for PS4, PC, and Xbox One.