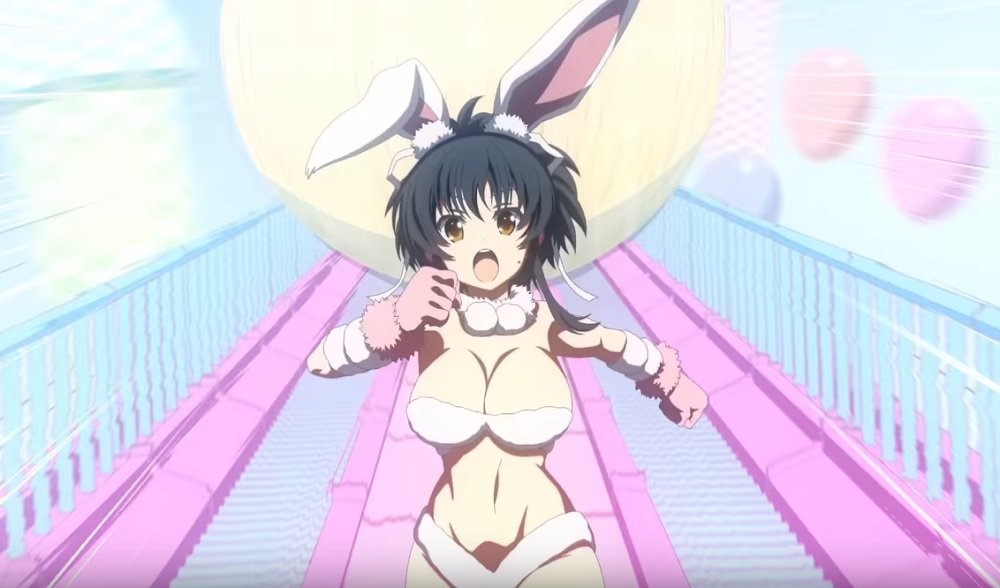 That pinball wizard got such a supple wrist…

XSeed Games has announced that naughty pinball game Senran Kagura: Peach Ball will be getting a western release this Summer on Nintendo Switch. Peach Ball will be made available to download via the eShop in North America and Europe, but will also see a physical release – in America only – via the XSeed Games Store.

Already available in Japan, Peach Ball sees the Senran Kagura girls in another scrape. While messing about at an old amusement park, Haruka has somehow managed to turn the gang into anthropomorphic animals. Fortunately, help is at hand in the form of you, the player, who can restore the ladies back to the regular human forms via the medium of pinball and I DON’T WRITE IT I JUST REPORT IT.

Alongside a selection of fun and colourful playfields, each of which features one of your new furry friends, Peach Ball also includes a selection of side-modes. These include the series’ traditional Locker Room area, some mini-games, some “Sexy Challenges” and even “SUPER Sexy Challenges”. For when the former just isn’t enough, I guess.

You can check out the game’s awesome theme tune in the video below. Senran Kagura: Peach Ball launches this Summer in North America and Europe for Nintendo Switch.