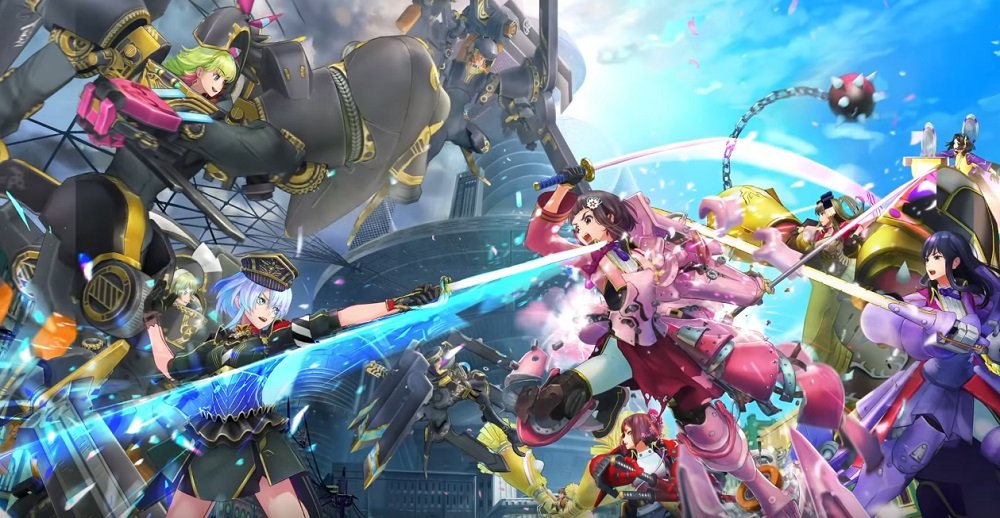 Put on your best battle dress

Well, I called it. Sega has revealed that its previously teased “Project B.L.A.C.K.” is indeed a new Sakura Wars mobile title. Sakura Kakumei (or Sakura Revolution) is currently in development for iOS and Android platforms and will launch in Japan this fall.

Produced by Sega and Delightworks, Sakura Revolution is a spin-off title set within the melodramatic, mech-battling Sakura Wars universe. While story details are still a little thin-on-the-ground, a 20+ minute anime from studio Clover Works gives us our first look at the new game’s cast of characters. Unfortunately, the anime is currently only available in Japanese.

An official blurb states that Sakura Revolution will use “a command line battle system” to “combine commands and simulation.” Controls are described as simple, while planning and positioning are noted as vital elements of Sakura Revolution. I’m envisioning Fire Emblem Heroes-style battles, but we’ll have to wait for gameplay footage to be sure.

The “Project B.L.A.C.K.” teaser website has now been overhauled as an official Sakura Revolution site, and features artwork of protagonist Sakura Shino and several other characters. As is the style of the franchise, Sakura Revolution is expected to feature a band of women taking to their “Spiricle” units in order to battle inter-dimensional demons and charismatic rivals.

Interestingly, it also appears that Sakura Revolutions Spiricles will also take the form of weaponised clothing, alongside the typical towering mobile units. Sakura Revolution will also be packed with great tunes, thanks to the involvement of series composer Kouhei Tanaka.

While I’ll admit to being a tad disappointed at the mobile revelation, Sega has previously stated it has big plans for Sakura Wars going forward, so there’s still a lot of potential for possible remakes or sequels down the line.

Sakura Revolution will launch in Japan this fall on iOS and Android devices.