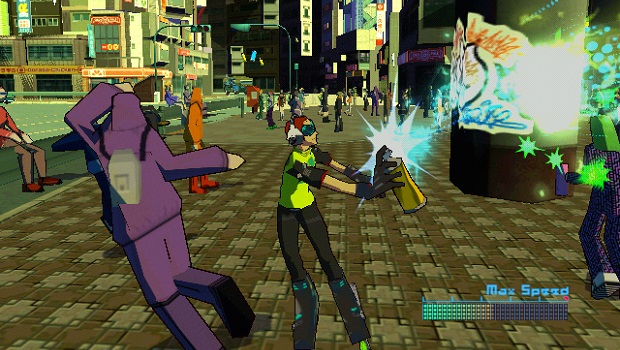 Yosuke Okunari says the publisher will listen to feedback

The idea of remakes and reboots are a touchy subject but Sega is at least willing to listen to input from its fans about potentially bringing back classic titles. Sega Research and Development producer Yosuke Okunari says that previous re-releases like Virtua Fighter, Space Harrier, and Dragon Force are being warmly received.

“The concept was to recreate the games exactly the way they were originally made,” Okunari told Famitsu. “The things staff members wanted to express in the past but couldn’t, are now possible with today’s technology.” It’s Sega’s 30th anniversary and that’s as good excuse as any to revitalize some of Sega’s older titles for a new generation of consoles.

Okunari continues: “For our next lineup, it will depend on all of your voices, so please continue to support us.” Look, just make Jet Set Radio Future available for download again and I’ll be a happy man.