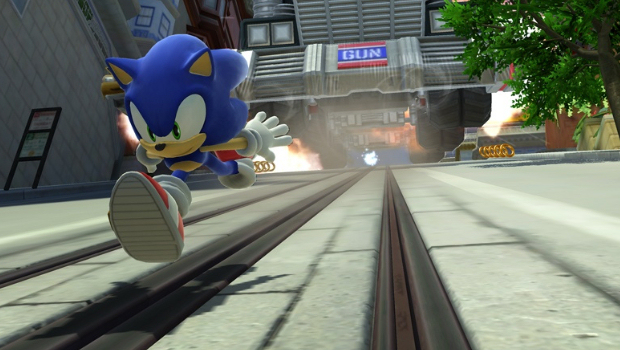 Some felt that Sonic Generations — released earlier this week — was a fresh start for SEGA’s blue hedgehog, but producer Takashi Iizuka prefers to see it as a book-end rather than a beginning. In fact, he wants Sonic to start again next year.

“I would like to make a new standard Sonic, a modern Sonic if you will, in 2012 and beyond,” he said. “… There have been a lot of Sonic titles in the past, and I think, at this point, there’s a pretty good idea of what a Sonic game should be like — a fun, frenetic action game. As I said, I feel the need to surprise the fans in new and innovative ways, but I don’t want to do anything to depart from that style. The color powers in Colors are a good example of that.”

Izuka believes the series is more focused these days after an era where different producers all threw their ideas into a hat. To him, Sonic 4 and Sonic Colors straightened the franchise out.

While I was not a fan of Sonic Colors, I liked both Sonic 4 and Generations, and there’s no denying that Sonic the Hedgehog’s enjoyed a huge critical boost under Izuka’s leadership. So, whatever he’s got planned for 2012, it’s got a good chance of being successful.

Sega’s Iizuka On ‘Better Defining The Direction Of The SonicSeries’ [Gamasutra, via Shack]