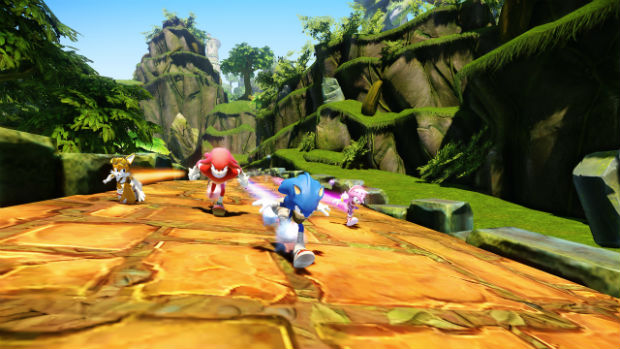 Speaking to the Official Nintendo Magazine, Sega producer Stephen Frost opened up a bit about using the CryEngine for Sonic Boom on the Wii U. It’s not a 1:1 use of the engine, as it’s modified to allow things like split-screen play, which isn’t a standard feature.

Regarding the engine, Frost states, “You associate CryEngine with lush, tropical, beachy things. These are also things with which Sonic is associated, so they work together.” Apparently Sega worked directly with the Crytek team to make this happen, and eventually decided on settling with the engine for their game.

It’s all sounding good so far — so take a good long while to laugh at Knuckle’s bulky new design, and reserve some judgment for the final build!