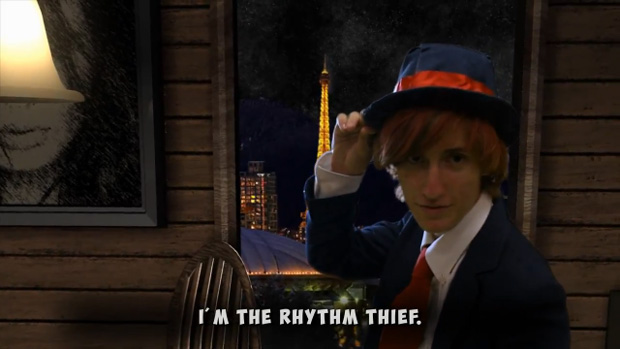 Sega’s 3DS rhythm game Rhythm Thief & the Emperor’s Treasure is releasing in the US tomorrow, months after it appeared pretty much everywhere else. To be honest, the release date sorta surprised me. I had only just played the demo a couple days ago, in fact. Spoiler alert: it’s really fun.

Sega has been pretty chummy with musical troupe Random Encounters Entertainment ever since Needlemouse: The Musical was performed during the Sonic Boom party last E3. So it makes sense that the two would join forces again, appropriately for a little Rhythm Thief promotion. I hope it works out, because I’m absolutely loving the rhythm game love the 3DS has been receiving lately.

Now, I wonder if Random Encounters will be performing at the Comic-Con Sonic Boom as well…

Rhythm Thief and the Emperor’s Treasure: The Musical [YouTube]