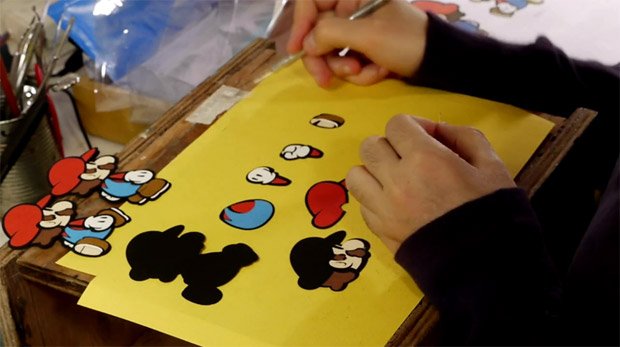 Behind the scenes of a stop-motion TV spot

I’ve yet to play Paper Mario: Sticker Star, or even manage to see Nintendo’s television spot for the 3DS game prior to now, but little things like that aren’t going to stop me from enjoying this behind-the-scenes look at Nintendo and CanCanClub‘s stop-motion papercraft commercial.

It also helps that I’m absolutely terrible at constructing papercraft (it’s always the glue!). Seeing people neatly put together eerily accurate paper models that look like high-def versions of the characters, objects, and environments found in the Paper Mario series shouldn’t be this satisfying. But oh my goodness, it is.

Be sure to catch part two, viewable at the link below, which shows how everything was built in 3D before physically coming to fruition.