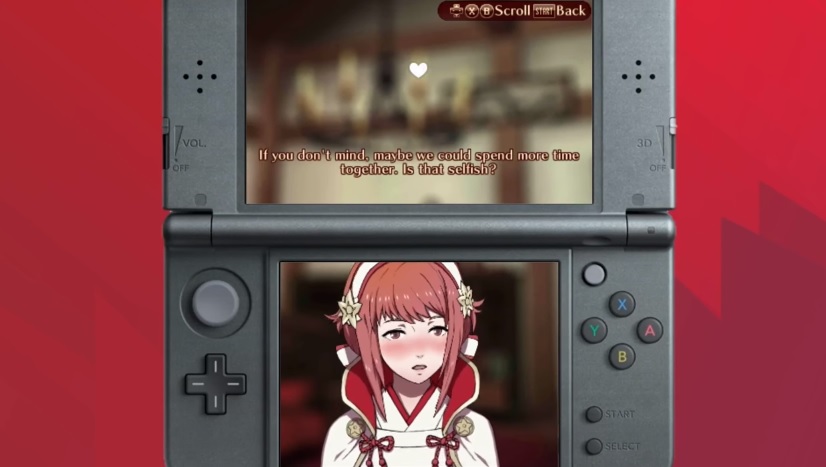 Fire Emblem Fates has been getting a lot of flak for cutting its “skinship” petting minigame in the western localization, but now that the game is in the hands of a select few (I got my copy earlier this week), we can see exactly what was altered.

Polygon did a bit of streaming yesterday, and as you can see in the video, it’s basically the same. You go to your private quarters, meet up with a member of your party in an intimate way, and raise your affinity level with them — you just don’t get to pet or rub them with the stylus (here’s what it looks like in the east, which is likely NSFW).

To me, it’s not nearly as bad as when Sega removed Hostess Bars from the Yakuza 3 localization entirely (and the Quiz Show, which I’m still miffed about). I’m rather indifferent to it as I’m mainly just glad the functionality and reward is still there, but to see people being called “weird” because they want it in is kind of sad. Fire Emblem already deals with enough heavy themes to the point where sexual sounds are probably one of the least concerning things about it.