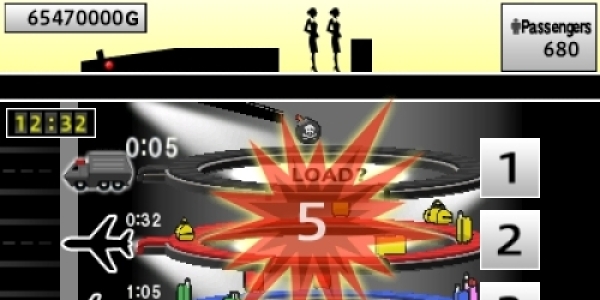 The latest game from Odama and Seaman creator Yoot Saito is Aero Porter, and it’s all about luggage. When I first heard about this thing, my instincts told me it would end up being a Frog Fractions–style troll post. There was no way that anyone could think that a game about sorting luggage has any sort of mainstream appeal, right?

Wrong. According to this launch trailer, Mr. Saito made the game with the intention of “keeping things as light and accessible as possible.” After playing it last night, I can see how he pulled that off, at least from a design perspective. The game is extremely easy to pick up, giving frequent rewards and relatively few punishments, while still managing to keep your mind and eyes occupied at a constant (but not taxing) pace. From there, the stakes ramp up fairly quickly, resulting in a engaging and unique little puzzle experience.

But “accessible?” C’mon now, Yoot. Games about sorting luggage aren’t exactly hot right now. I don’t think your average consumer is going to look at Aero Porter and say “Cool dawg, another luggage sorting Sim. I know I’m gonna love that sh*t.” I hope I’m wrong though. I’d love for a game like Aero Porter to be successful. It works to make the market a more diverse and interesting place.