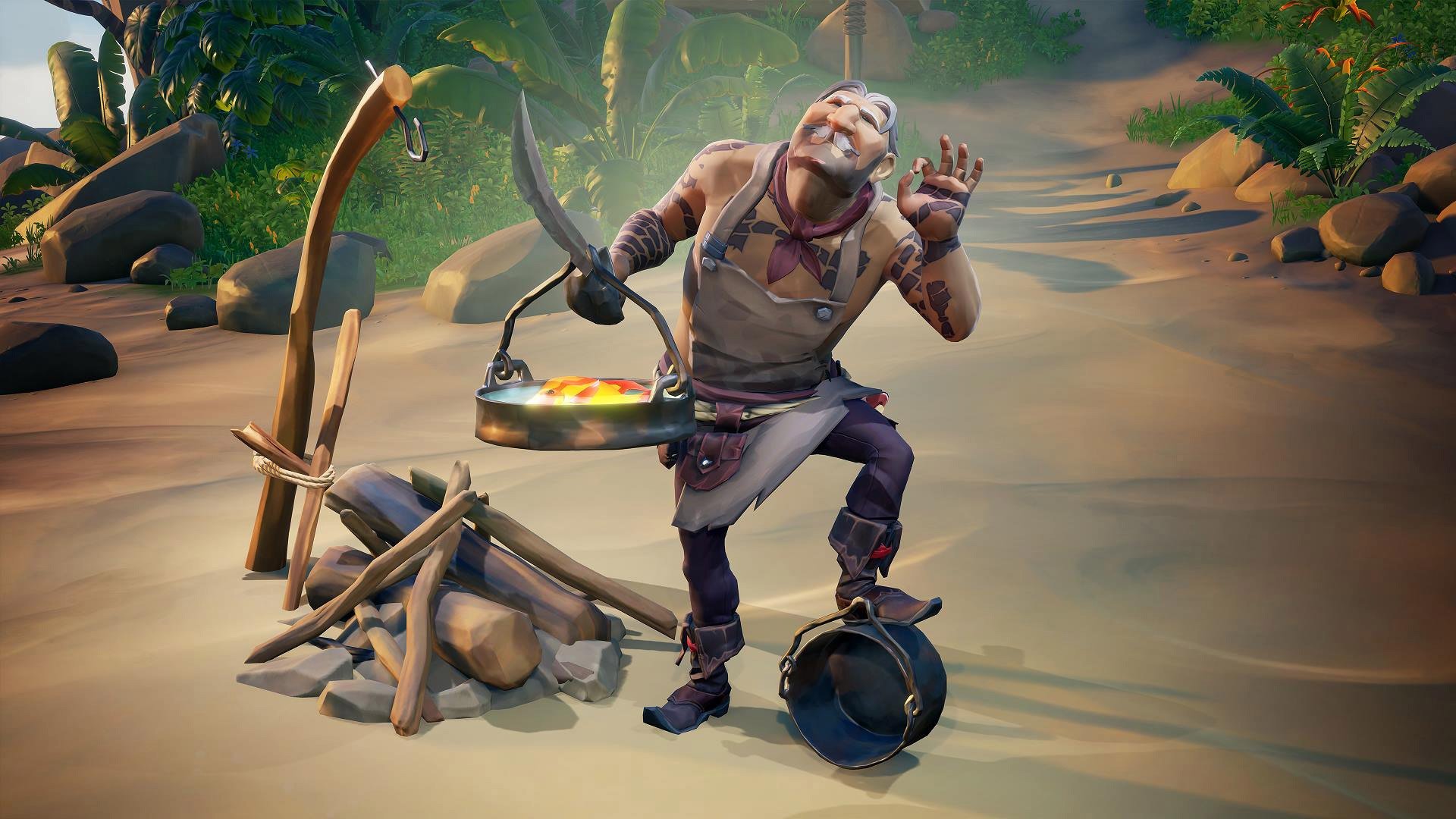 You cannot pet the dog (yet)

Sea of Thieves players are anxiously waiting for the opportunity to set sail with pets, but the wait shouldn’t be too much longer now. In a developer update, Rare’s Joe Neate spoke about the team’s current plan to test the critters with the Insider audience “fairly soon” before a wide rollout happens.

This will actually be the second time pets have been available in the Sea of Thieves Insider Programme.

“We took some feedback on them [in the past] – they weren’t quite where we wanted them to be – but they’re getting much closer now to the place that we really want them,” Neate explained.

He also spoke more broadly about Rare’s digital business model. To help fund ongoing support and content updates for Sea of Thieves, the company will begin offering microtransactions – pets first, then emotes and special ship cosmetics similar to the Banjo-Kazooie and Perfect Dark figureheads. Once these and other items are initially tested with Insiders, they’ll release together in the live game.

It’s easy to assume the worst when it comes to modern-day microtransactions, but Rare has a solid track record with running Sea of Thieves as a service and that doesn’t look to be changing anytime soon.

According to Neate, the developers don’t intend to sell any kind of power advantage or separate players from one another with real-world-currency purchases. They’re meant to be optional, and they also won’t come in loot boxes. You’ll know exactly what you’re getting prior to making the purchase.

While that all sounds reasonable enough on paper, I think the key, especially longer-term, will be to make sure non-paying players still have something decent to work toward too. They can’t be neglected.

First things first, though: would you rather have a parrot or a monkey by your side?