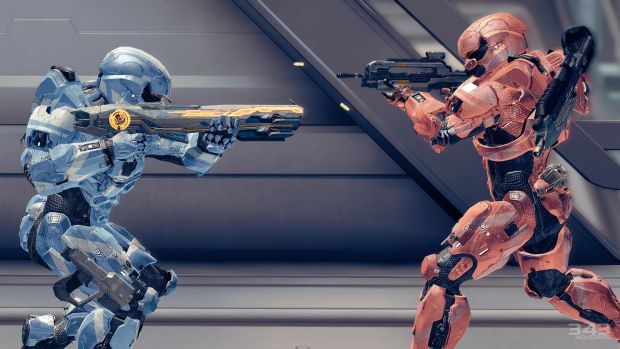 Halo 4 will see the return of Assassinations, but 343 is adding a little more to the feature depending on what multiplayer mode you’re playing. During the Halo 4 panel at Comic-Con, 343 showed off a Capture the Flag specific Assassination where the player slammed his opponent into the ground, and then finished him off by driving the flag pole through his chest. It should also be noted that the flag carrier was dual wielding a pistol. Yes, flag in left hand and pistol in the right hand. Finally.

Next we were shown an Oddball Assassination. The player character was running behind an opponent who was charging at a teammate holding the Oddball. The teammate then threw the Oddball to the player, and from there the player proceeded to Assassinate the enemy soldier by uppercutting him with the Oddball. The Oddball is like the Scattershot, thus instantly disintegrating the guy.

The way the Oddball was tossed looked like it was actually passed to the player like it was a basketball too. 343 wasn’t saying anything beyond what was shown, but hopefully this means Oddball/Grifball type games will let players make real passes now.