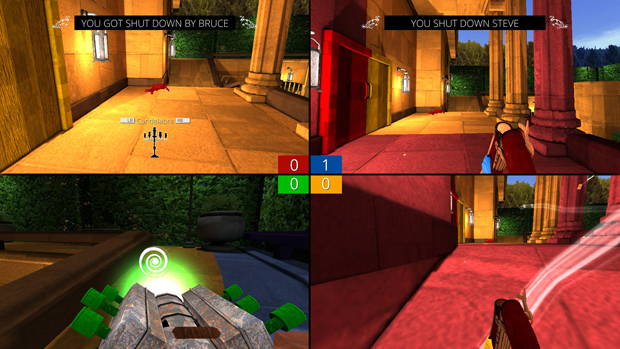 Besides the main mechanic, I really like those weapons

Screencheat is one of the more conceptually interesting shooters I’ve seen in quite some time. This is a multiplayer game in which you’re not only encouraged to look at your opponents’ screens but are essentially required to do so since, well, everyone is invisible. Novel idea.

From these trailers, Screencheat is somewhat disorienting but I’m willing to bet that over time, the four simultaneous screens become far less overwhelming. Folks attending PAX Prime later this week can find out for themselves — the game will be playable at the Indie Mega Booth.

Otherwise, this is in beta with a full release set for October 2014 on Windows, Mac, and Linux.