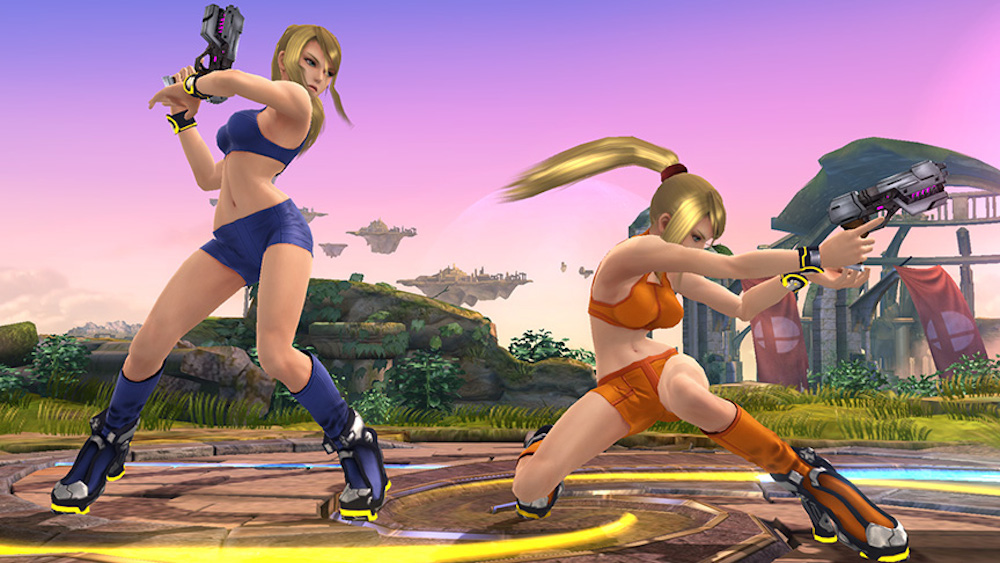 Based on the Game Boy Advance games

The latest update from Super Smash Bros boss Sakurai details Samus and her new outfits. Blue and orange shorts and a small top, both of which were seen at the end of Metroid: Fusion and Metroid: Zero Suit, respectively. Here’s what Sakurai had to say:

“Looking at the number of days we have left for development, it would be an impossible task to create this… That’s what I told my staff. But thanks to the determination of her female designer, these Zero Suit outfits got completed in time. From the ending of Metroid: Zero Mission, here’s Samus in shorts!”

Interesting that Sakurai felt compelled to specify that the designer was one of his female staff members. Personally I would have loved an alt based on her Metroid: Fusion suit. Anyway, news about a videogame characters new outfits. Because videogames.