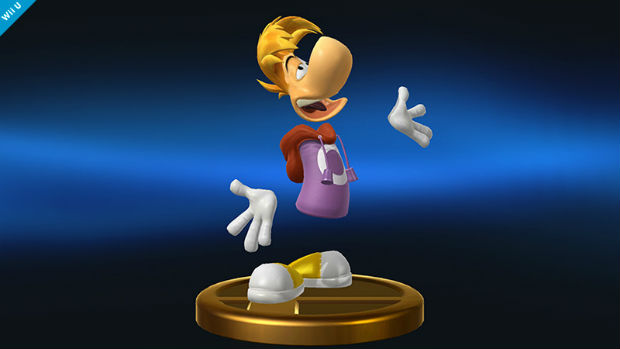 I hope he’s more than that

Super Smash Bros. Wii U and 3DS producer Sakurai has been steadily providing us with a “pic of the day” series on Miiverse — some of them more enlightening than others. Today is one of the more interesting days, as Ubisoft has apparently collaborated with the team to create a Rayman trophy.

Apparently Ubisoft sent over brand new 3D-work for the trophy, and Sakurai seems particularly excited about the collaboration. A new character reveal is expected today at 7:00AM PST, and I really hope that somehow Rayman makes the cut — he’d fit perfectly.