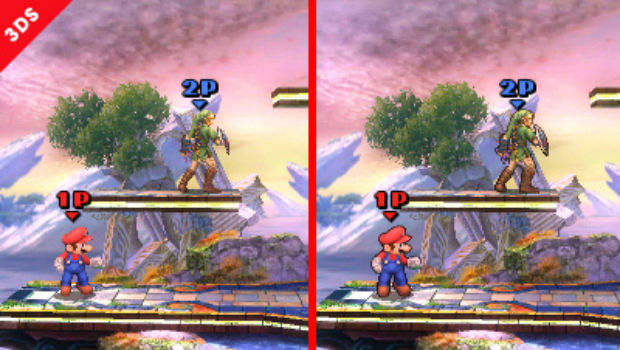 Super Smash Bros. director Sakurai has once again taken to the Miiverse to show off the 3DS version of the game. In his newest post, he displays both visual filters — without outlines (on the left), and with outlines (on the right). Sakurai also confirms 3D effects, which might be the first time they’ve even been confirmed or mentioned.

The response to the outlines seems to be about 50/50 — some love them, some hate them. I guess it’s a good thing they’re optional then!