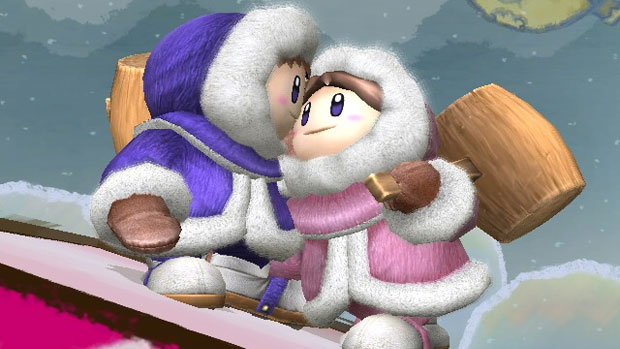 I’m satisfied with the Super Smash Bros. roster overall but sympathize with people whose favorite characters aren’t returning. For instance, the Ice Climbers — they’re so precious!

Writing in Famitsu, game director Masahiro Sakurai explained that although the team was able to get the adorable duo up and running in the Wii U version, the same couldn’t be said for the title on 3DS. It also didn’t help that the Ice Climbers are considered lower priority for Smash Bros. since Popo and Nana don’t have their own dedicated game on the way.

In his column, Sakurai also spoke more about the staggered releases, noting that if both versions of Smash were to launch simultaneously, it’s likely the games would have been scheduled for next year instead. I’m sure glad that isn’t the case. And hey, there’s always the hope for DLC.

[Via Nintendo Everything] [Image]