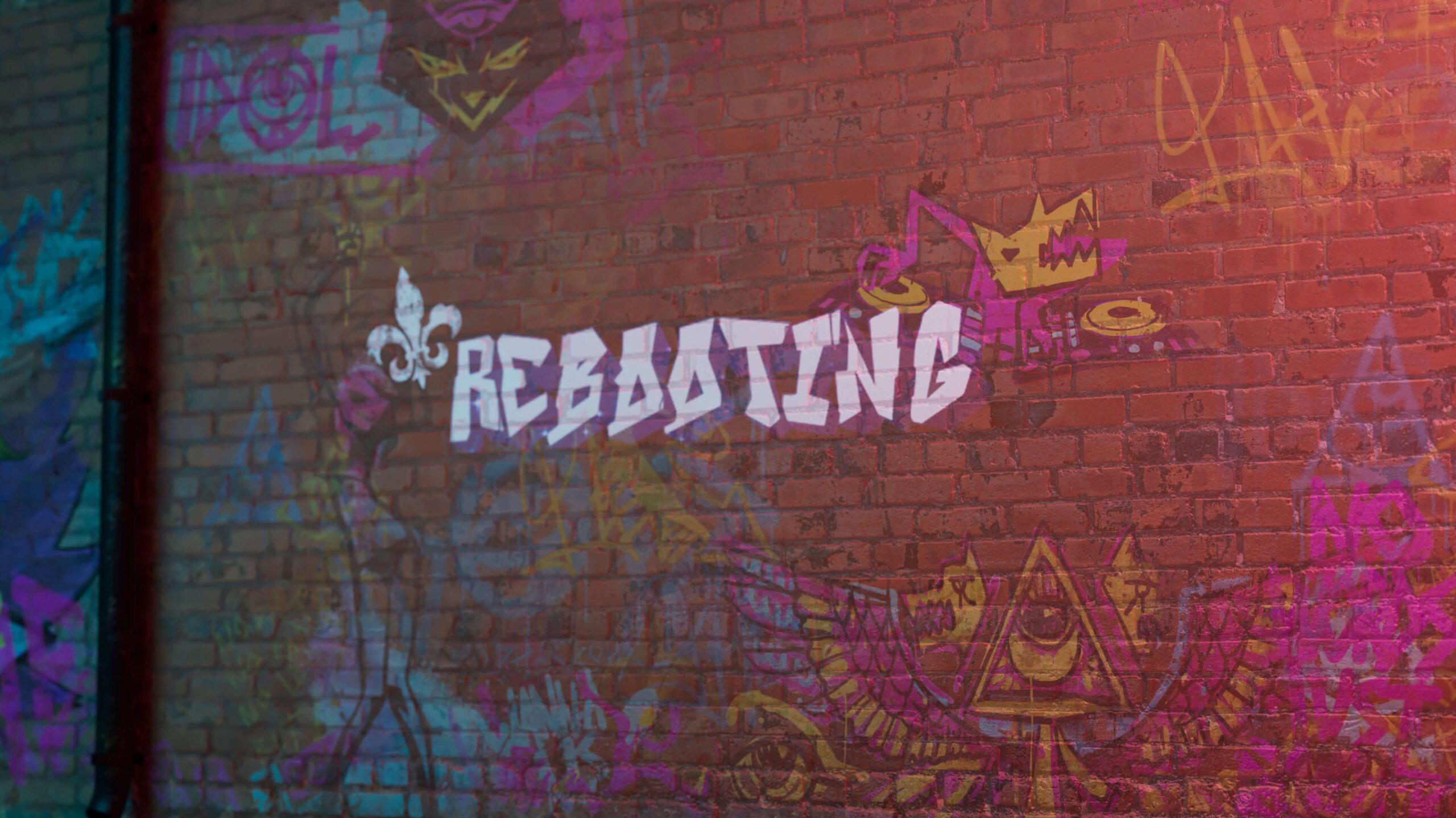 The writing’s on the wall — literally!

Right before gamescom 2021, Deep Silver and Volition have begun teasing something new for the Saints Row series, which has been quietly percolating since 2015’s Saints Row: Gat Out of Hell. Is it getting to be that time for a new game? It sure seems so!

Alongside the usual social-media blitz, including a tweet from Geoff Keighley promoting gamescom’s news-filled Opening Night Live stream on August 25, the official Saints Row website was updated with a new image, as shown at the top of this article. It’s a tagged brick wall with graffiti that says “Rebooting” next to the Saints’ familiar fleur-de-lis.

On its own, that’s enough to get people thinking about possible directions for the series, but Volition and Deep Silver also filled in some gaps in replies to fans’ tweets.

The developer has been “quite busy with a whole new game,” and it’s “not a remaster or remake,” so that really starts to whittle down what this soon-to-be-revealed game could be. Separately, the team noted that a remaster of Saints Row 2 is “not in our plans.”

Given how increasingly not-grounded Saints Row‘s world of over-the-top gangsters became with each new game, to the point where quite literally anything seemed to be on the table, you have to wonder what’s next. Whatever it is, I’m down for more Saints.

Where do you fall on the Saints Row 2 / Saints Row IV spectrum? How much is too much?