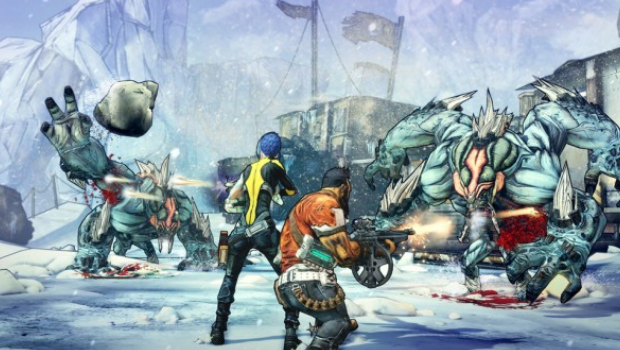 Gamers in Russia and Ukraine are unhappy with their purchase of Borderlands 2 at the moment, because they got a version of the game they never expected or asked for. Any version bought in the Commonwealth of Independent States is a Russian-only region-locked version that cannot be played with online globally.

The Russian version cannot be gifted either, further highlighting just how chained down it is.

This applies only to the copy bought on Steam. Retail versions are the international edition that everybody else in the world got. What has really infuriated consumers is the fact that nobody warned them beforehand. During pre-orders, there had been no indication that CIS residents would get a different version of the game.

Anger from Reddit and 2K’s forums have caused everybody involved with the game to look rather foolish. Russian company 1C blamed 2K Games, while spokespeople from both 2K and Gearbox have claimed ignorance of the matter.

The publisher has since revealed that it’s now fully aware of the issue and is offering consumers the chance of a refund, as well as looking into potential updates to the game at some point. Note that it mostly apologized for not warning customers about the lock, as opposed to the lock itself.

It seems this is a recent thing that has been happening to a few games lately. Other 2K-published games, including Spec Ops: The Line and Max Payne 3, are also noted in the Reddit thread to be locked to Russia. Other such games include Deus Ex: Human Revolution, Mass Effect 3, and Prototype 2.

Of course, one can only assume the excuse for these lockdowns is piracy, which is ironic given that they’re sold on digital platforms which ostensibly act as their own reasonably effective DRM. As the Reddit original poster says, “Western publishers decided it’s OK to screw with people and cut down local versions because of ‘piracy concerns.’ This needs to stop, now.”

[Edit: It’s been pointed out by commenters that a likely reason for the lockdown is to stop people buying the game cheap. Not that it makes what 2K did with this version any cooler.]