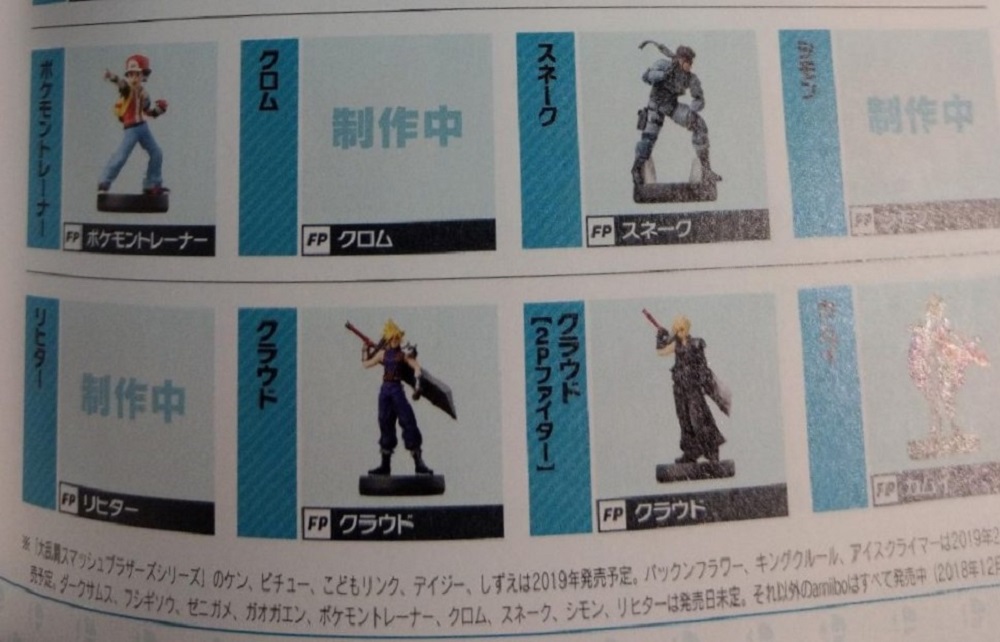 This weekend, a selection of images leaked on Reddit and Discord, that alleged to show a new range of amiibo based on characters from Nintendo’s fighting sequel Super Smash Bros. Ultimate. As fans fervently dug around for more info, more images appeared, supposedly taken from the Japanese guide to the popular Switch release.

The images claim to show amiibo – or at least placeholder sposts – for Snake, Pokemon Trainer, Piranha Plant, Ivysaur, Chrom, Squirtle, Ridley, Dark Samus and Simon & Richter Belmont. Of course none of this is officially confirmed, and Smash Bros. is a franchise awash with Photoshop forgery, so until we here anything official, this all needs to be taken with a pinch of salt, though most Smash stars have been amiibo shoe-ins in the past.

Still, a new wave of amiibo is probably a pretty exciting thing for most collectors, given how the fad has died down a little in the last year or so. Carter’s gonna need to make more room in his cabinet. As an aside, have you noticed in “leaked images” how the photos are always blurry? Everyone knows how to focus a camera phone, it always looks so suspect.

This image was posted in an amiibo Discord channel and shows the two unannounced amiibo along side names for “Dark Samus” , “Ivysaur” , “Squirtle” , “Simon” , “Richter”