Like most industry developers and publishers, CD Projekt RED will be at annual shindig E3, to be held early next month in Los Angeles. A recent hiccup on the official E3 site may have pointed at the Polish studio bringing in their mysterious and ambitious RPG, Cyberpunk 2077 to the show floor.

On the E3 site, CD Projekt were listed as have a Role-playing game to show off on PC, PS4 and Xbox One. Not long after this information went up, it was hurriedly removed but not before some scamps at DualShockers grabbed a still of it. Of course, this is no guarantee that the future-noir title is definitely the RPG in question, but it seems a pretty snug fit, giving the game’s ongoing development.

Cyberpunk 2077 is currently being chipped away by several teams under the CD Projekt banner. The developer have really sold the scale of the title, going as far as to hint that it may even be a part of next generation’s gaming catalogue. It would be great to see some of the intriguing adventure in action, so here’s hoping we catch a glimpse of Cyberpunk 2077 next month.

E3 takes place at the LA Convention Center from June 12 to June 14. 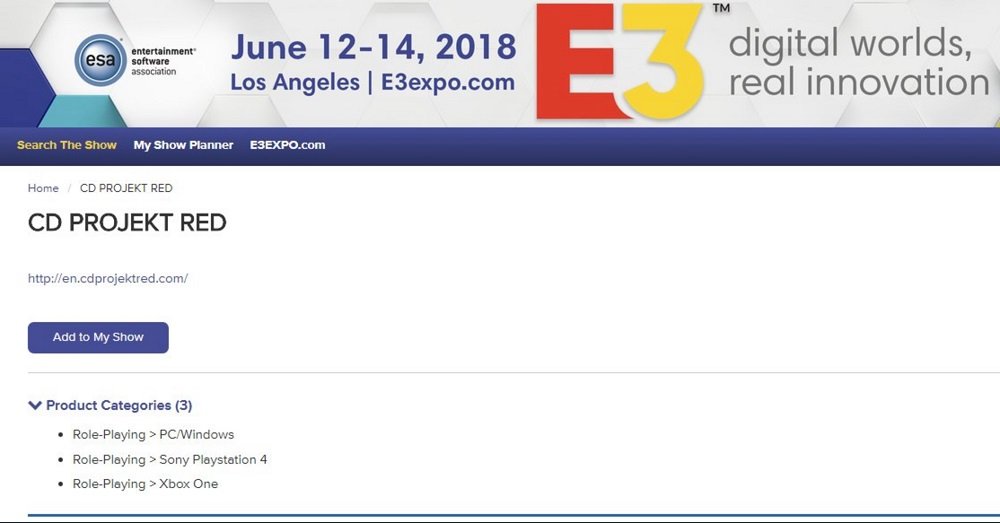