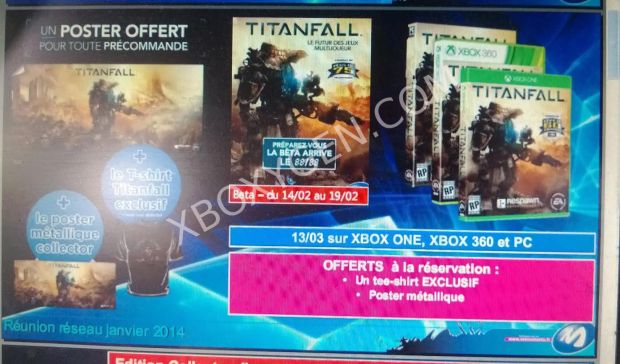 Exclusive through GameStop and Zappos

[Update: Vince Zampella has just confirmed on Twitter that Titanfall will indeed see a beta on the PC and Xbox One. More details will be revealed in the coming days.

Xboxygen is reporting that Titanfall will see a beta on the PC, Xbox One, and Xbox 360 from February 14 to February 19. The beta will be exclusive through Zappos in France, and GameStop in the US along with other possible territories.

The reception to Titanfall has been quite the sight to see on Destructoid, and in general. This is really one of those games that you have to experience firsthand to truly show how this isn’t just another formulaic first-person shooter.

#supersecret announcement time. I’m sure no one has been able to guess from the leaks. PC and Xbox One Beta! Details in the coming days