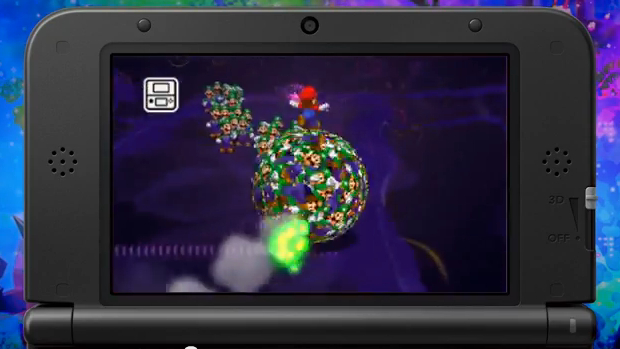 Delightful “Year of Luigi” carries on into unreality

The first 3DS entry to the pleasant Mario & Luigi series of RPGs was announced a few months ago during a Nintendo Direct, and now this morning’s Nintendo Direct has brought us a new trailer. It’s heavy on Luigi, as the title takes place in his slumbering unconscious.

The bits full of Luigi clones are great, particularly when Mario rolls a bunch of them up, Katamari style, and rides on top of them. I also loved the two accidental frames in which Luigi looks super smug after smashing a volcano into space with a hammer. Tired of Bowser being a pathetic putz, though. It’s just sad. “That’s MY thing. Only I get to kidnap her!”

That fruit is hanging so low earthworms could get at it.