My first flight with Rodea: The Sky Soldier wasn’t a smooth one. But perhaps that’s to be expected of a title that’s seen such a turbulent development history.

The project went dark shortly after its initial announcement in 2010, then underwent a change of platforms — something that seems all too apparent after a few minutes with the final product. 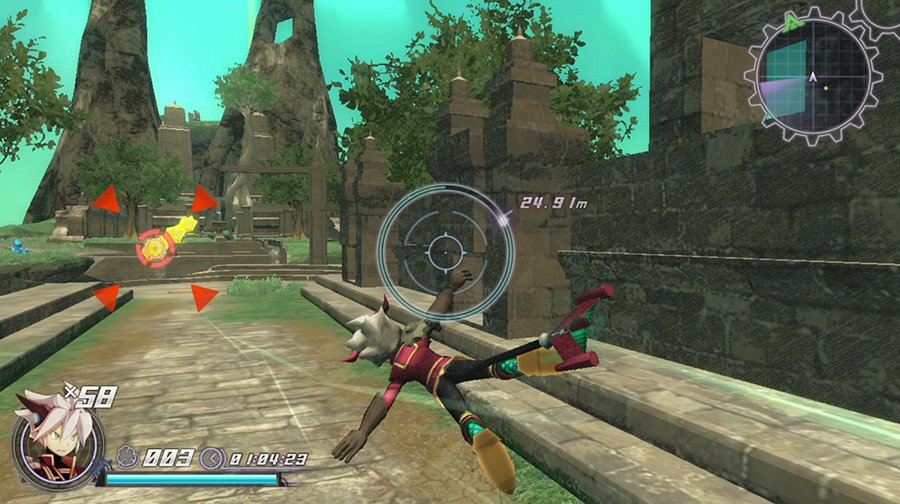 Rodea: The Sky Soldier was initially conceived as a Wii game, but it came too late in the day for a system nearing the end of its life cycle. It needed to be reworked as a Wii U and 3DS title.

The thing is, the Wii is a special console, and Rodea was developed with its unique attributes in mind. Motion controls are a tad different than standard inputs, and the transition between the two seems to have left an indelible imprint on Rodea‘s design.

Taking to the skies in this aerial action game doesn’t come as second nature. With the press of a button, Rodea lifts into the air and hovers for a moment as you aim where you want him to go. He can’t fly indefinitely, though, and will fall to his death unless you find another object for him to bounce off within an allotted time frame. 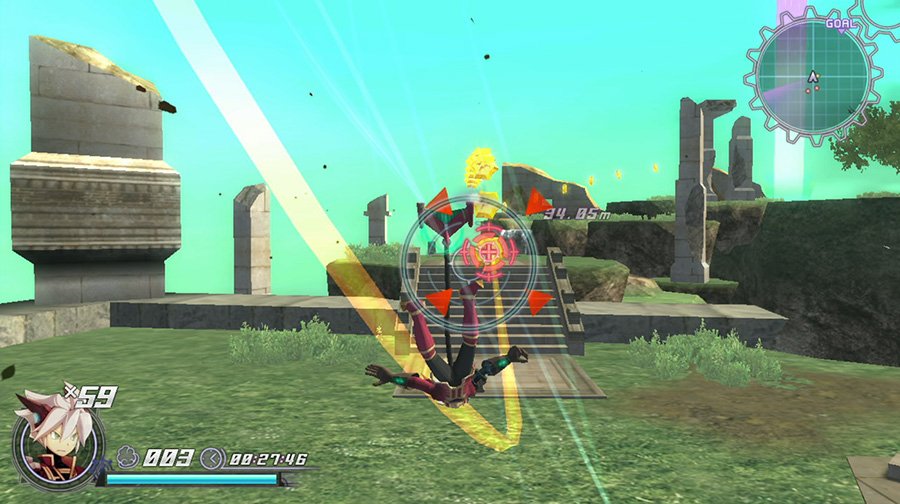 It seems like the type of interface that would work seamlessly with the Wii’s IR pointer, but on Wii U GamePad, I found myself flying off at odd angles, often coming frustratingly close to objectives that seemed just out of reach. Perhaps it’s the sort of thing that comes with practice, but in a brief demo on the E3 show floor, I only got a glimpse at what sort of joys Rodea might have to offer.

Though it never felt intuitive, there were flashes when I managed to soar through the air with some semblance of precision. And in those fleeting moments I could really feel Yuji Naka’s (Sonic Adventure, NiGHTS into Dreams) fingerprints all over the game, as I bounded from one floating isle to the next, collecting rings in this ethereal obstacle course.

More than anything, my time with Rodea: The Sky Soldier made me oddly happy the Wii U version is coming tethered with a copy of the game on Wii. I’m not sure how much easier it will be to pilot on its original platform, but it feels like that’s how it was intended to be experienced.

Either that or flight isn’t a skill easily mastered in a few mere minutes.