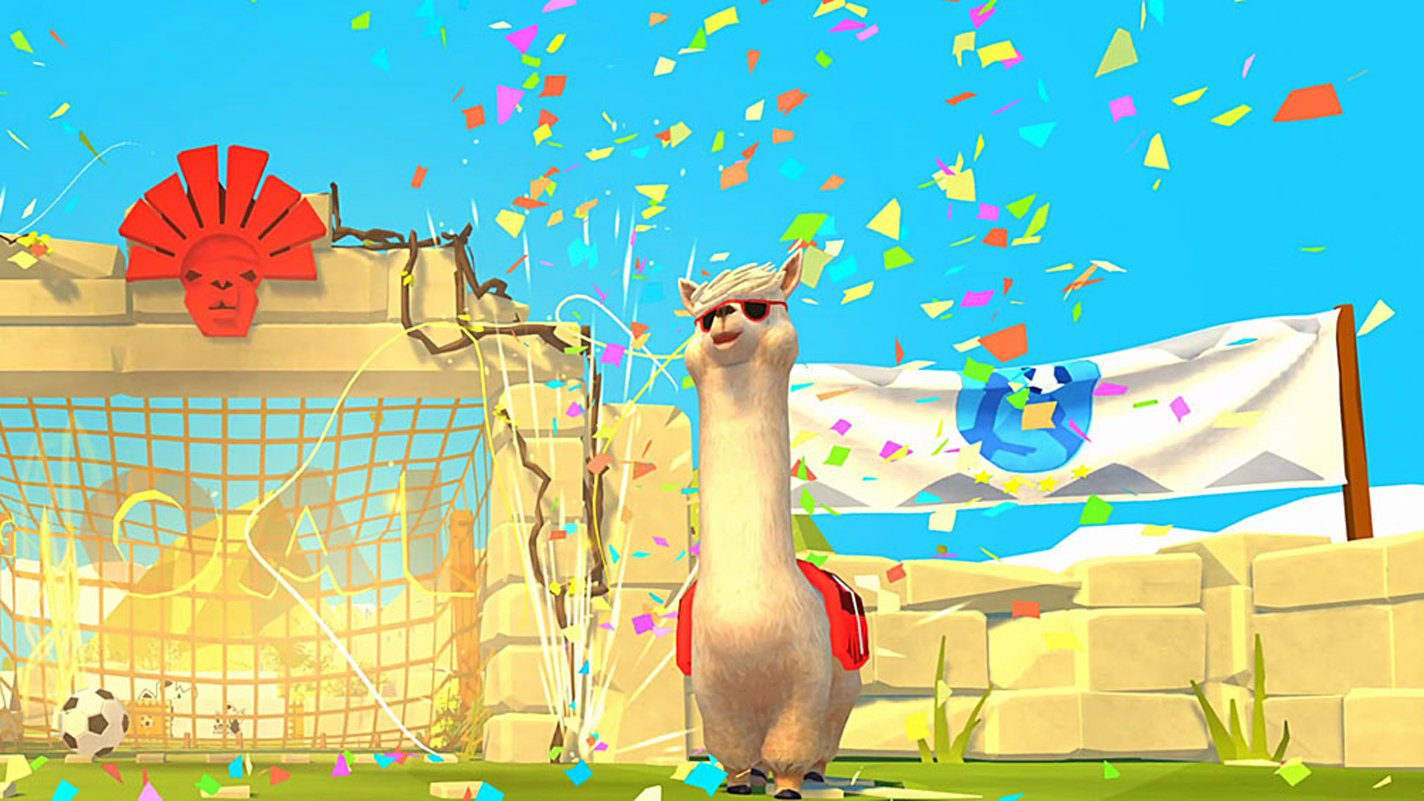 Save the drama for a llama

I’m back on my stupid-games-involving-animals bullshit, y’all. As a note to game developers, if you put alpacas, llamas, or pretty much any animal into a game with little rhyme or reason, there’s at least a 60% chance I’m going to cover it.

Austrian developer Salt Castle Studio figured that out. They put alpacas in a party game revolved around soccer, and well, here we are.

With Alpaca Ball: Allstars, what you see if what you get. It’s a soccer party game starring customizable alpacas. It looks like there are some variations for hockey, American football, and volleyball in there, too. But instead of people playing soccer, it’s alpacas. It’s genius.

Speaking of genius, the presser we were sent has some next-level puns Look at this:

“Peru-ve yourself on the Picchu and win those Machus!”

“You’re either gonna be mountin’ a come-baaaaa-ck or alpaca-ing your baaaaags if you don’t hoof it!”

Wasn’t that terrible? My mother doesn’t speak to me or read my stuff, but I’m just praying they don’t have internet in hell in case she stumbles across this.