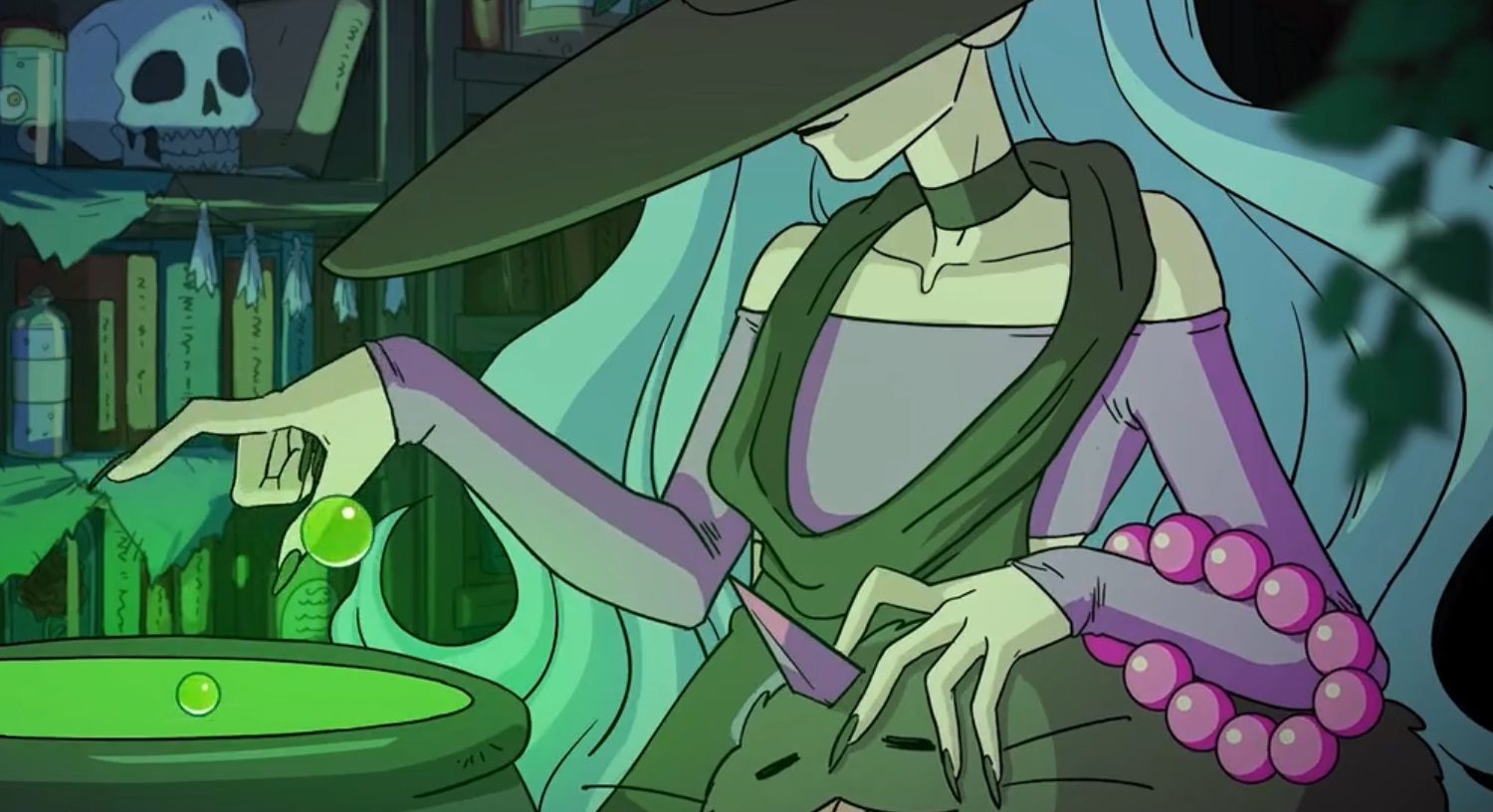 This weekend saw Halloween celebrations at cities all over the world, including the knock-down, drag-out ‘berg of River City! To celebrate the spooky shenanigans, developer WayForward released a snippet of a new track taken from the upcoming brawler sequel River City Girls 2 — currently in development for PC and console platforms.

The creepy new tune seems to be the character theme for a mysterious series newcomer, some form of witchy character who can be seen stirring up… trouble? It’s probably going to be trouble. The short, 50-second clip perfectly captures that distinguishable River City Girls-style, composed and sung by the fantastic Megan McDuffee, who returns to score the hard-brawlin’ sequel. McDuffee’s “sound” is a defining characteristic of the original River City Girls, (also voicing rock star boss diva Noize), and her presence will certainly play an integral part in making the sequel equally as successful.

River City Girls 2 is currently in development for PlayStation, PC, Xbox, and Nintendo Switch platforms, with an unspecific 2022 release date. Before then, WayForward will be taking us on a trip into the past, with the Nintendo Switch release of River City Girls Zero — a remaster of 1994 Super Famicom release Shin Nekketsu Koha: Kunio-tachi no Banka.

Who's that? Someone’s stirring up something wicked in River City. Enjoy this spooky new song from RCG2. Happy Halloween! pic.twitter.com/qxs63EdInQ