Squanch it up, no Plumbus required

Roiland is best known as one half of the creative team behind Adult Swim’s Rick and Morty, and provides both voices for the titular characters. Roiland has been a vocal supporter of virtual reality games, in more ways than one. He’s made it clear that he likes the technology, and has also provided voice work for the Vive games Job Simulator and Valve’s The Lab. He’ll play both starring roles in the upcoming Virtual Rick-ality, currently in development by Owlchemy labs.

Watson was an executive producer at Epic Games, and her résumé includes Gears of War 1-3, Bulletstorm, and the upcoming Fortnite. The press release came in the form of a comic strip, which I can’t help but read in the voice of Mr. Poopybutthole. You can see it for yourself below. 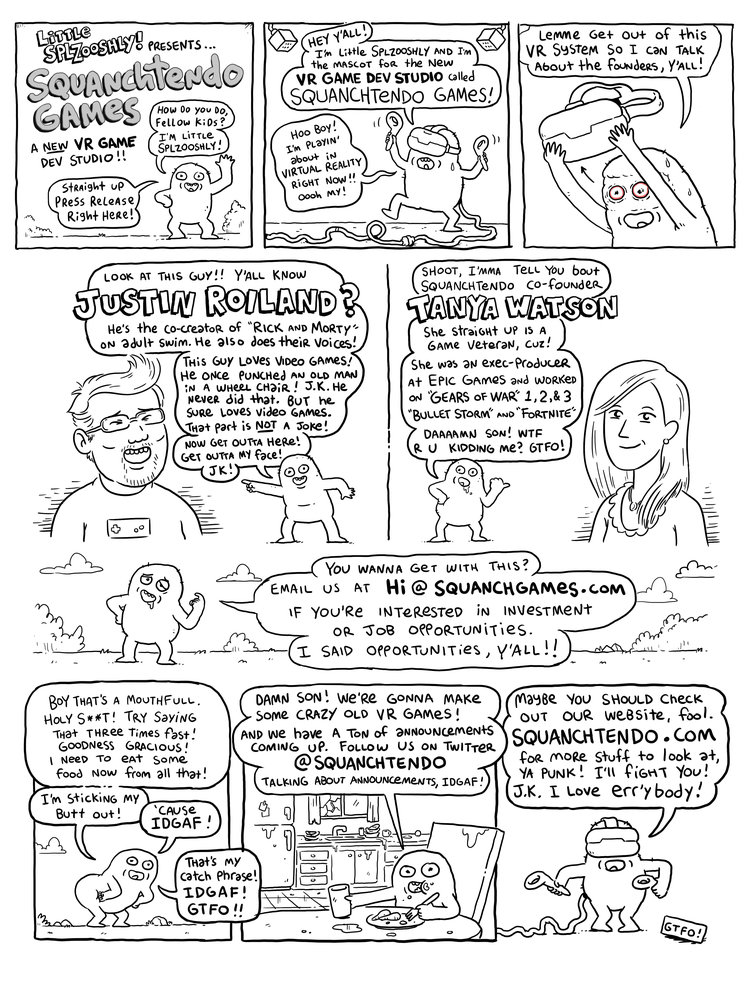