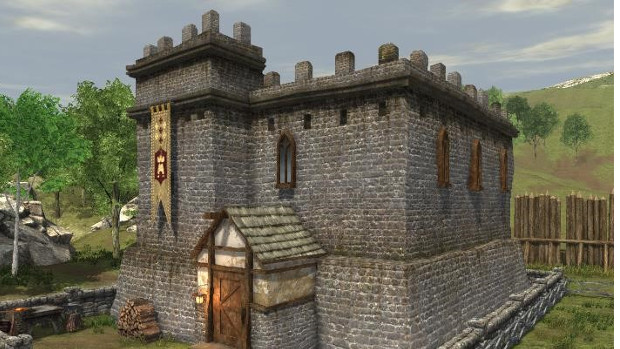 I want to live in a castle

Richard Garriot, of Ultima fame, is working on a new role-playing game called Shroud of the Avatar. The game was successfully Kickstarted back in the spring, and Garriot just shared twenty-five minutes of what the game looks like after six months of development. He narrates over the video and shows off player housing, the conversation system, crafting, and some combat.

Conversations with non-player characters will work by letting the player type in what they want to say, and the game will pull out key words to figure out the conversation. I personally love this, and it is far better than the current system of “good choice” or “bad choice” options that water down most modern role-playing games.

Overall, Shroud of the Avatar is starting to look like a role-playing game that really focuses on “role-playing” by having lots of options for the player, and by letting the player actually be a part of the conversations and saying anything they want. Role-playing is something the genre has gotten away from by trying to make gameplay more streamlined and easier to access, and I am excited to see something different come along. The depth of this game looks great, and it seems like it will be a good game for hardcore role-playing nerds.

What Garriott’s new RPG looks like after six months [Eurogamer]