Laugh at this bug-infested corpse

Comedy is as diverse as the world around it. Some people love Larry the Cable Guy. Others prefer Louis C.K. But one thing is for sure: not every comedian is for every person. The thing that makes you laugh may not make me laugh or might even be offensive to me, and vice versa.

Zombie Vikings is written by Zach Weinersmith who is mostly known for a long-running single panel comic called Saturday Morning Breakfast Cereal, which I find funny sometimes. However, I don’t think a long-form Norse comedy was a great choice to showcase his talents.

That being said, does referencing popular lines from movies equate to comedy? How many “You shall not pass” quips are too many in 2015? Suffice to say zombies weren’t the only thing groaning throughout the buggy mess that is Zombie Vikings. 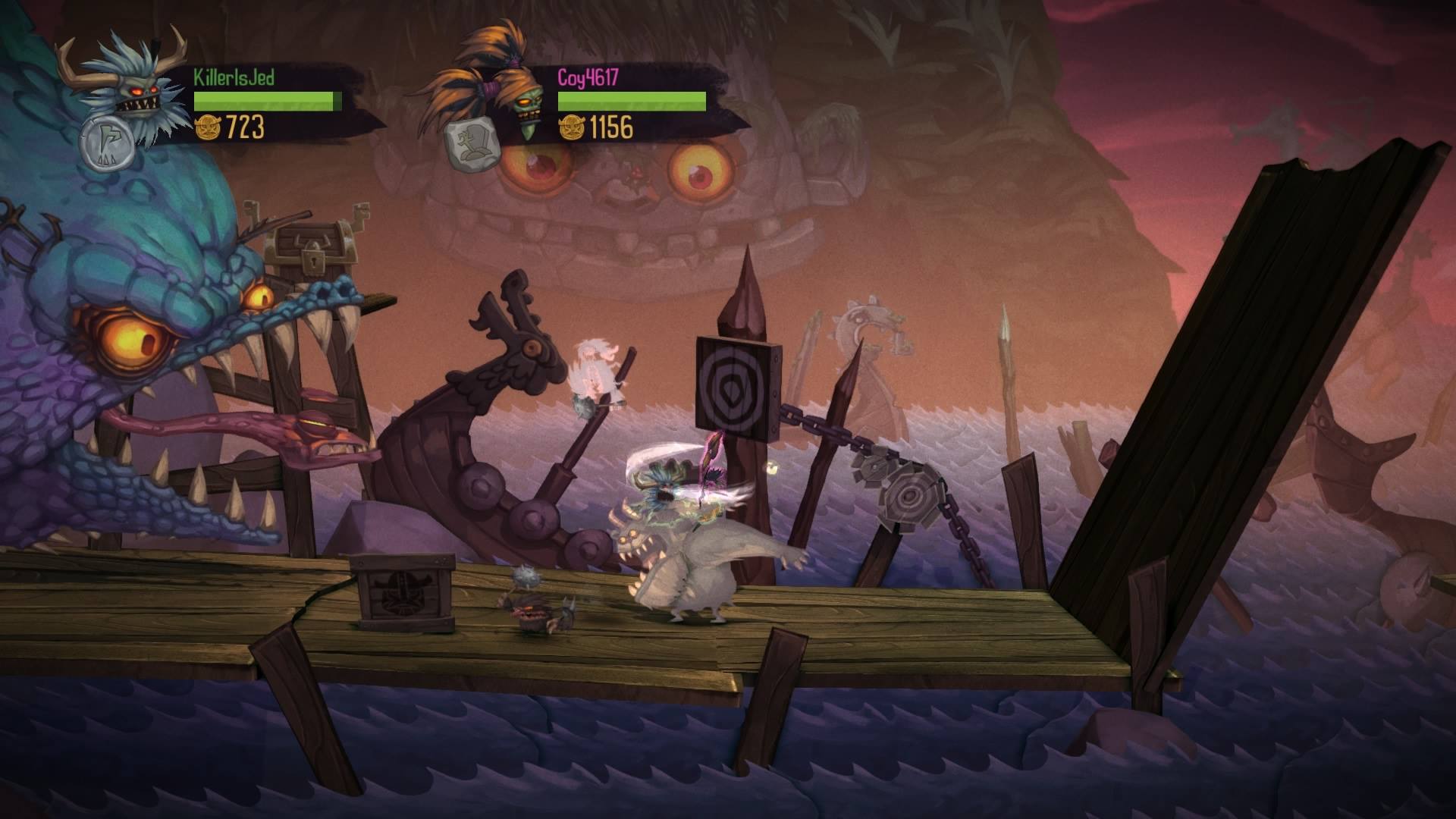 Stick It to the Man! developer Zoink! decided to keep the same great art style from that game for Zombie Vikings, which is a like a combination of papercraft, stickers, and a pop-up book. The graphics really pop during the entirety of this Norse brawler, and that is about all the good things I’ve got to say. If I listened to my kindergarten teacher and “only said something if I had something nice to say,” I’d stop here and this would be a very short review, but I’m a big kid now. Speaking of kindergarten, the humor is about on that level. Be ready for poop and anus jokes.

Seems like every fantasy adventure game has to make some kind of stupid reference to the Lord of the Rings movies, which I get are iconic and loved by many people, but if I hear one more “you shall not pass” joke, it had better be next-level, second-coming-of-Christ impressive, otherwise don’t. I understand that some people reference things and kind of feel like it is an inside joke — or something only ’90s kids will get — but it isn’t funny, especially when done multiple times.

Now that I’ve made it crystal clear I think the writing and comedy are unfunny garbage, let’s move onto gameplay, which isn’t terrible but isn’t exactly standout either. Zombie Vikings has the typical beat-’em-up flair. You’ll be jumping, running, blocking, dodging, and mashing buttons to beat your enemies senseless, as well as using each character’s unique special attacks and abilities. These range from more powerful attacks to swooping from the sky like a crow on top of your enemies, and clearly make some characters better than others. All in all, you’re still just mindlessly beating up the baddies without much thought.

The problem isn’t so much what you can do, but the variety of who you’re doing it to, as most every level has a variety of three styles of enemies: tiny, medium, and large. The different styles of enemies vary in appearance between stages but perform mostly the same, and after thirty levels, I was bored to tears. Bosses mix it up a bit every few levels, often requiring specific new strategies to clear before you’re sent back to the same repetitive enemies.

Every now and then there will be levels that mix up the formula a bit — such as a few where you’re forced to run as fast as possible from enemies — which are the only fun levels throughout the game. Two levels have you playing a game of what equates to soccer mixed with basketball against the CPU and they easily are the most infuriating levels due to the mechanics just not working; points are really hard to score because the goals are extremely finicky when deciding if your ball goes in. 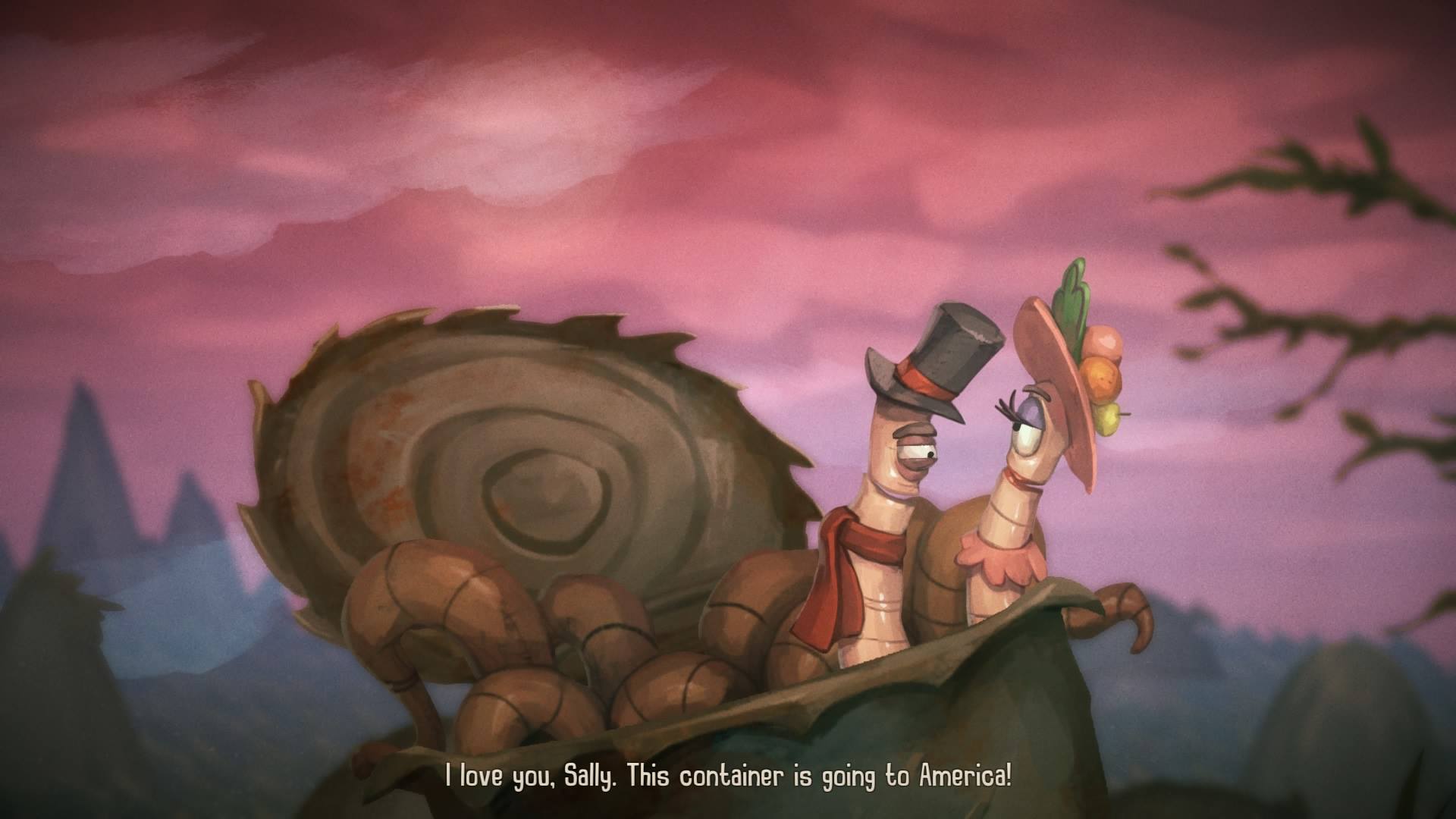 Online multiplayer matchmaking was either devoid of players or just didn’t function — neither option would surprise me. Multiplayer felt necessary as you can revive other players instead of being kicked back to checkpoints, and when I was playing alone, I found myself replaying sections far more often due to death than when playing with a local co-op buddy.

The cherry on top of this shit sandwich is the insane amount of bugs and glitches I experienced while playing: persistent screen tearing, levels that wouldn’t allow me to complete them due to enemies getting stuck off screen or objective items not spawning, enemies getting stuck on and inside terrain, and so on. Zoink! has already released a patch on the European PSN addressing some of these issues earlier this month, which is still absent in the US for one reason or another, but that doesn’t excuse the state in which it was released. I can only review the product I have in hand, not what the game could potentially be.

I’m a huge fan of the beat-’em-up genre. It can be rather repetitive, but typically that can be overlooked as the games tend to be rather short. Zombie Vikings, however, overstays its welcome and starts to get rather monotonous around halfway through. While it tries to throw in some interesting levels and boss fights, those mostly end up falling flat, just like the humor. On top of all that, the game is buggy with screen-tearing issues, subtitles not working properly, and glitches preventing levels from being completed. If you’re looking for a beat-’em-up to play, I’d recommend Castle Crashers Remastered and the original trilogies of Final Fight, Golden Axe, Splatterhouse, and Streets of Rage. Those games are worth far more than the asking price of this tragedy.