I hate iPhone games, but I like them in theory.

As things stand, the iPhone is the breeding ground for a new generation of game designers, lazier than any that has come before it. One that uses unnecessary leveling mechanics, generative elements, randomly-based variables, unlockables, and novelty controls to immediately touch the pleasure-centers of the brain, in the same way Micheal Bay or a bowl of sugar do. It all leaves me feeling empty, used, and a bit sickened in reflection.

When it comes to games, I crave absolute control, rules that are to be learned, and the ability to improve my performance every step of the way. ZiGGURAT gives me all this and an endless erection that has begun to frighten me. 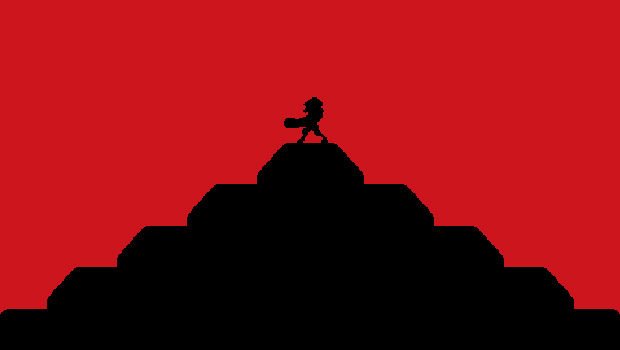 ZiGGURAT doesn’t play like any other iPhone game. Yet, at a glance, it looks familiar and simple enough. You stand stationary on top of a rectangular pyramid (or, five-dollar-word, ziggurat) and shoot down aliens until you inevitably lose. You could reduce ZiGGURAT to being yet another touch-based last stand action game. The difference is in the details and until you put your hands to the game, it will be difficult to properly understand what a difference these details make.

I understand why people like games such as Canabalt and Jetpack Joyride. I enjoy them too. I just don’t like them. iPhone games, more often then not, resemble the simplicity of ‘80s arcade cabinets, but rarely duplicate their depth and complexity. These two given examples both revolve around random elements that are out of the player’s control. They also have a well-defined plateau — a point where a player can’t improve — that would keep any arcade cabinet from leaving the Namco factory due to quality control. 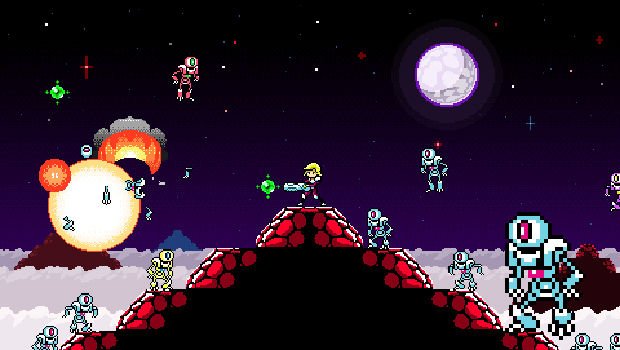 The best thing I can say about ZiGGURAT is that my score was always consistent. This is a rarity among iPhone games, because they typically don’t have the controls, rules, and intelligent design in order to build such a strong experience that is linked entirely to player skill and not random variables.

ZiGGURAT’s controls are what makes it both fun and challenging. You control your avatar’s gun — his feet remained glued on top of the pyramid — by swiping your finger across the bottom of the screen, so your finger is rarely in the way of the action. Even more curious is the gun’s functionality. Holding down your finger charges up the gun. You can rapid fire it to drop small pellets around you; hold it for one second to shoot across the screen; hold it for three to release an explosive shot. In a stroke of design genius, the gun will permanently go back to a weaker state after four or so seconds, requiring you to strike when the iron is hot, if you ever wish to beat your previous score.

Even within this simple construct, there is a lot to learn through play. For example, a light shot will knock enemies toward other enemies. Use it well to pile a group of alien freaks in a corner and blast away. Even more important is the maximum charge shot, which can cause a chain reaction of explosions if enemies are close together. An entirely different discussion could be had on tackling the different enemy types. While “kill things” sums things up pretty well, knowing how to do it well takes practice. 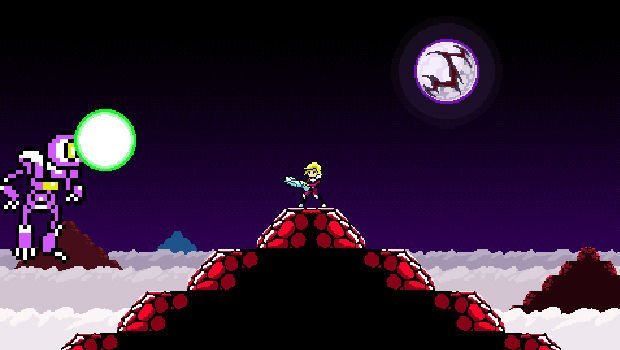 There is an aiming guide that can be turned on in the options, but I found it only hindered my play. When dealing with such an abstract control scheme, it’s best to let your intuition come to grips with the mechanics. There is also a Slingshot control scheme which seems more like a jab at the Angry Birds crowd than a viable option. Then again, the game’s creator said he plays best using two thumbs so maybe experimenting is good.

Once the rules and unique enemy patterns are understood, ZiGGURAT becomes a much more calculated, strategic action game. You don’t crawl up the leaderboard by firing fast. You improve by firing smart. Wait for a yellow alien to be in the vicinity of others before firing. Hit the nasty red alien while he is stationed at the bottom of the pyramid. Don’t worry about the big alien until you HAVE to worry about him. Am I spoiling your fun? Don’t worry, there is plenty to go around. You’ll find yourself discovering new strategies. After playing the game obsessively for the past two days, I’ve gone from wimp to prominently placing on the leaderboard.

As opposed to the popular and boring generatively-based games on the iPhone, ZiGGURAT is thoughtfully composed. This element immediately stands out, as you find your heart racing to the rad chiptune soundtrack. You’ll never forget the first time you hear that shrill noise, introducing the game’s nastiest enemy: the red force-field alien. 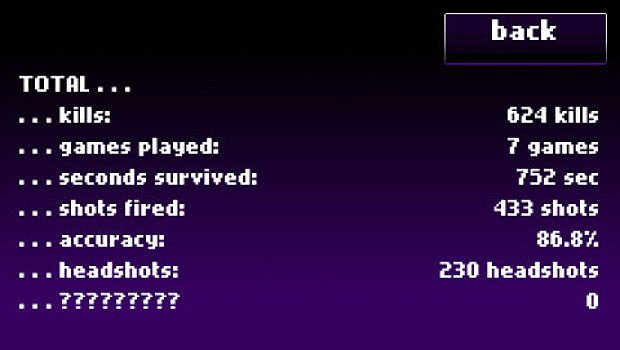 While the pixel art isn’t anything special, I love how the sun sets and moon rises as you play. It makes each high score more memorable, since you are literally seeing the moon that high for the first time. You feel you are stepping into uncharted waters which makes your inevitable death feel more real. Even better, the game has an end that only a skillful few will reach, so there is a very tangible goal involved when playing. However, you can keep playing and getting your score up after this narrative moment.

Just because ZiGGURAT has a deliberately slow pace doesn’t mean things don’t get tense. The game I played before sitting down to write ended with my best score yet (267). Even with the music off, my heart was racing and my hands were frozen stiff. It was one of the best gaming experiences I’ve had in ages and … I had it on an iPhone?

ZiGGURAT succeeds where past action-based iPhone games have failed because the developer put the proper attention on balance and controls instead of unlockables and multiple backdrops. Instead of becoming impossibly hard, the game has a very reasonable difficulty change as time progresses. It’s hard enough to keep you from breezing through it, but easy enough to convince that you haven’t seen your best game yet. I can see myself spending hours at an arcade playing ZiGGURAT, yet I can’t picture myself controlling it without my phone. That’s the genius of it.

With five more games coming out this year, I can’t wait to see what Action Button Entertainment creates next after making this addictive, must-have debut.