Yatagarasu has taken a long and winding road to get where it is today.

The doujin fighting game has existed in one form or another since 2008, when its creators (a trio of former King of Fighters developers) released the first of what would become many revisions, the most recent and significant of which has just arrived.

After spending six years toiling on the project in its spare time, the Japanese indie team launched a crowdfunding campaign to complete its “labor of love.” Now, two years and three delays later, it’s finally arrived. And I guess the appropriate question is, was it worth the wait?

This is going to be a “yeah, but” sort of answer, because while Yatagarasu has an excellent fighting game at its core, the overall package still has significant room for improvement. 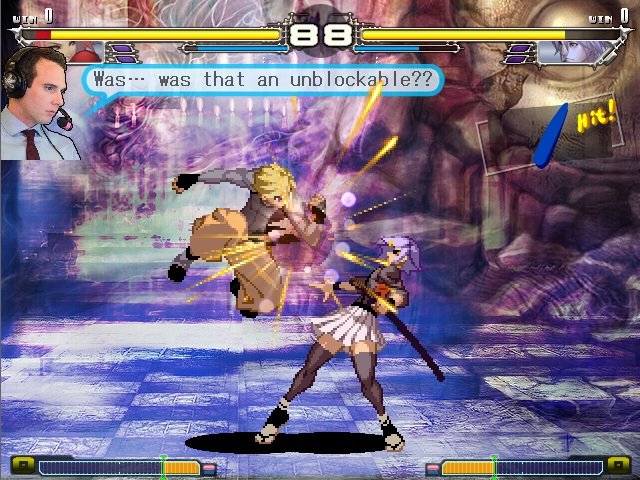 Yatagarasu Attack on Cataclysm often draws comparisons to Street Fighter III: 3rd Strike, and for good reason. It was a major influence for designer Ume-Zono, who was an active competitor in tournaments, and has its fingerprints all over the place — from the visuals to the parry system.

In terms of the basic controls, there are four main attack buttons (split between light and heavy punches and kicks), plus two others that allow players to parry high and low attacks. Of course, there are combos and supers, though most of them are fairly simple and easy to pull off.

That goes a long way in making the game feel accessible to newcomers. While there certainly are deeper systems to be explored, I felt comfortable with Yatagarasu in minutes, quickly picking up a Shoto-style character (there are two) and was throwing fireballs and dragon punches in no time.

True to its inspiration, Yatagarasu is all about controlling space on the ground, and there are some interesting wrinkles in terms of movement to help you do so. There’s a quick forward jump similar to King of Fighters‘ hyper hop, which is useful for closing distance or avoiding projectiles while mitigating your susceptibility to anti-air attacks — which can’t be blocked. Meanwhile, dashing is nice for backing up quickly, but still leaves you vulnerable to strikes. 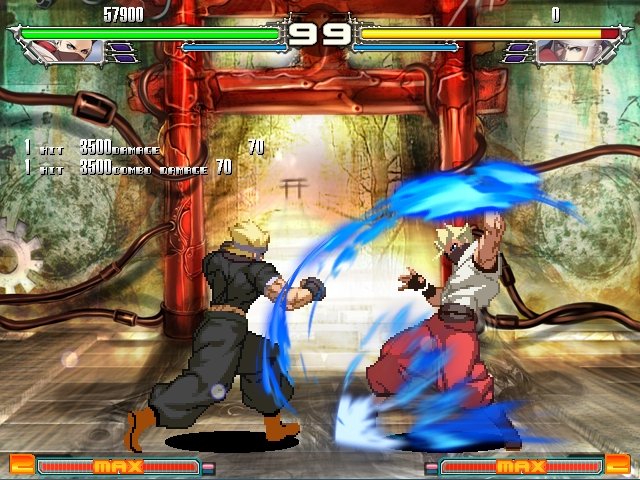 The roster includes a diverse group of eleven fighters, all of whom are unlocked from the get-go. In addition to Shoto guys, the cast features a grappler, a pair of sword-swinging ladies that look nearly identical but play very differently, a Dudley clone boxer, and teleporting ninja. This version of the game adds three new characters, Kotaro (a technical fighter mid-air specialist), Azure (who makes use of a Reppuken à la King of Fighters‘ Geese), and Aja (a slow and heavy sword user).

While there aren’t a ton of characters, it still has a nice variety and the limited number of options means it probably won’t take you too long to decide which ones fit your preferred styles of play.

After selecting a fighter, you will have to make a couple decisions that add a bit of color to the experience. The game will prompt you to power up one of your two supers, which will make that one more powerful for that battle. Yatagarasu also has a commentary system, which features prominent faces from the fighting game community, including Jchensor, UltraDavid, and Maximilian.

The commentary is a cute idea, but it can be distracting. And while there are a number of voices to choose from, after spending a while with the game I’d heard just about everything they’d had to offer and opted to switch them off entirely. 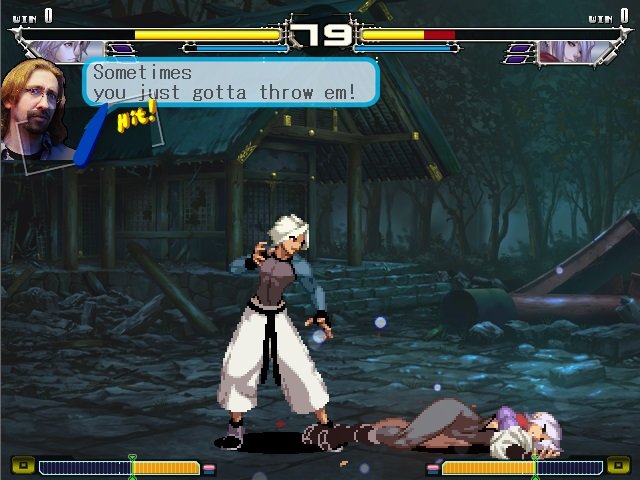 There aren’t a lot of other extras to be found, though. The package is about spartan as it gets, coming with a pair of arcade modes, versus, network play, and surprisingly robust training mode.

Of course, the quality of the online experience is of the utmost importance. Or at least you’d think so. Despite GGPO support being promised in the project’s crowdfunding campaign, the lag-reducing middleware has not yet been implemented, which is a huge disappointment. The development team still plans to include GGPO eventually, but it will not be there at launch.

Since I’ve been playing Yatagarasu pre-release, I wasn’t spoiled for choice in terms of competition, leading me to reluctantly take on a number of opponents with less than stellar ping.

I’ve experienced a lot of that in my time with Yatagarasu thus far, pushing past a string of minor headaches to enjoy the combat. Everything outside of battle — from the way the game launches to the austere menus and 4:3 resolution that doesn’t take into account widescreen — it all could have been handled so much better. Even just getting my controllers and fight pad to work properly was a constant source of frustration. Without rhyme or apparent reason, something always seemed to be going wrong, putting a damper on an otherwise great experience. 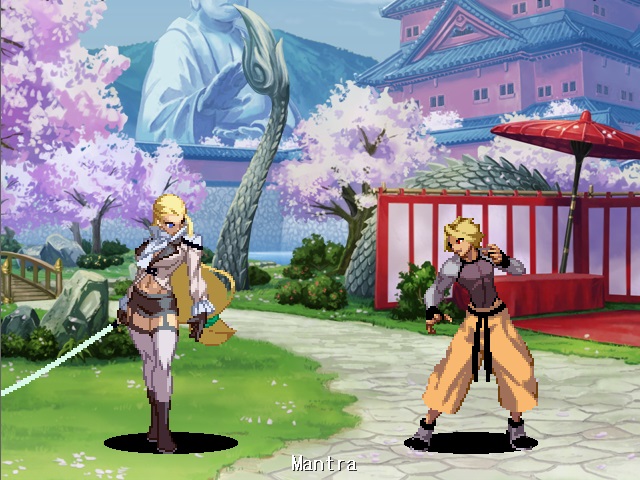 That’s really a pity too, because when you’re in a match and everything’s working properly this game is an absolute dream. I enjoy the minimalist visuals and emphasis on mind games and feeling out your opponent, rather than pulling off technical combos. In a lot of ways, it’s refreshing how stripped down Yatagarasu is, but it would have been nice to see more attention around the periphery.

Yatagarasu Attack on Cataclysm is wonderful, except when it isn’t. From first blood to knockout this is an exceptional fighting game. I just wish the rest of it was held to that same standard.

Filed under... #doujin#Notable#Yatagarasu Attack on Cataclysm