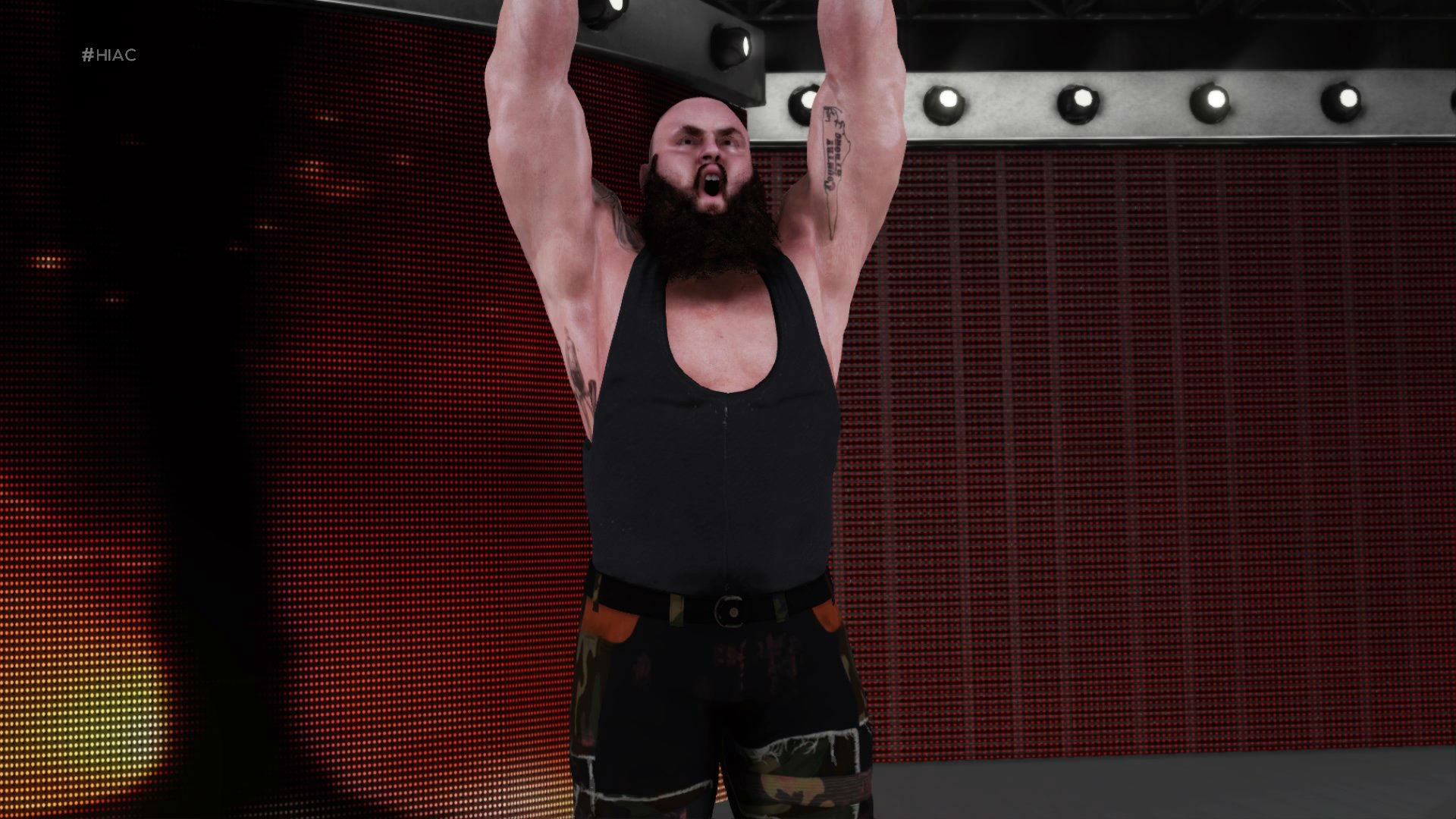 Fans of the WWE 2K series have come to expect incremental changes from year to year. But the overall hope is those changes are for the better. It’s a series constantly experimenting with its formula, but oddly can’t stray too far from what works under its strict release schedule. So it’s pretty much stuck in the same rut WWE continually finds itself in.

WWE 2K18 gives you the same experience of watching Raw and SmackDown week after week. You’re essentially going through the same motions as before, and it’s a hassle sitting through some bad booking decisions for some brief moments of entertainment. 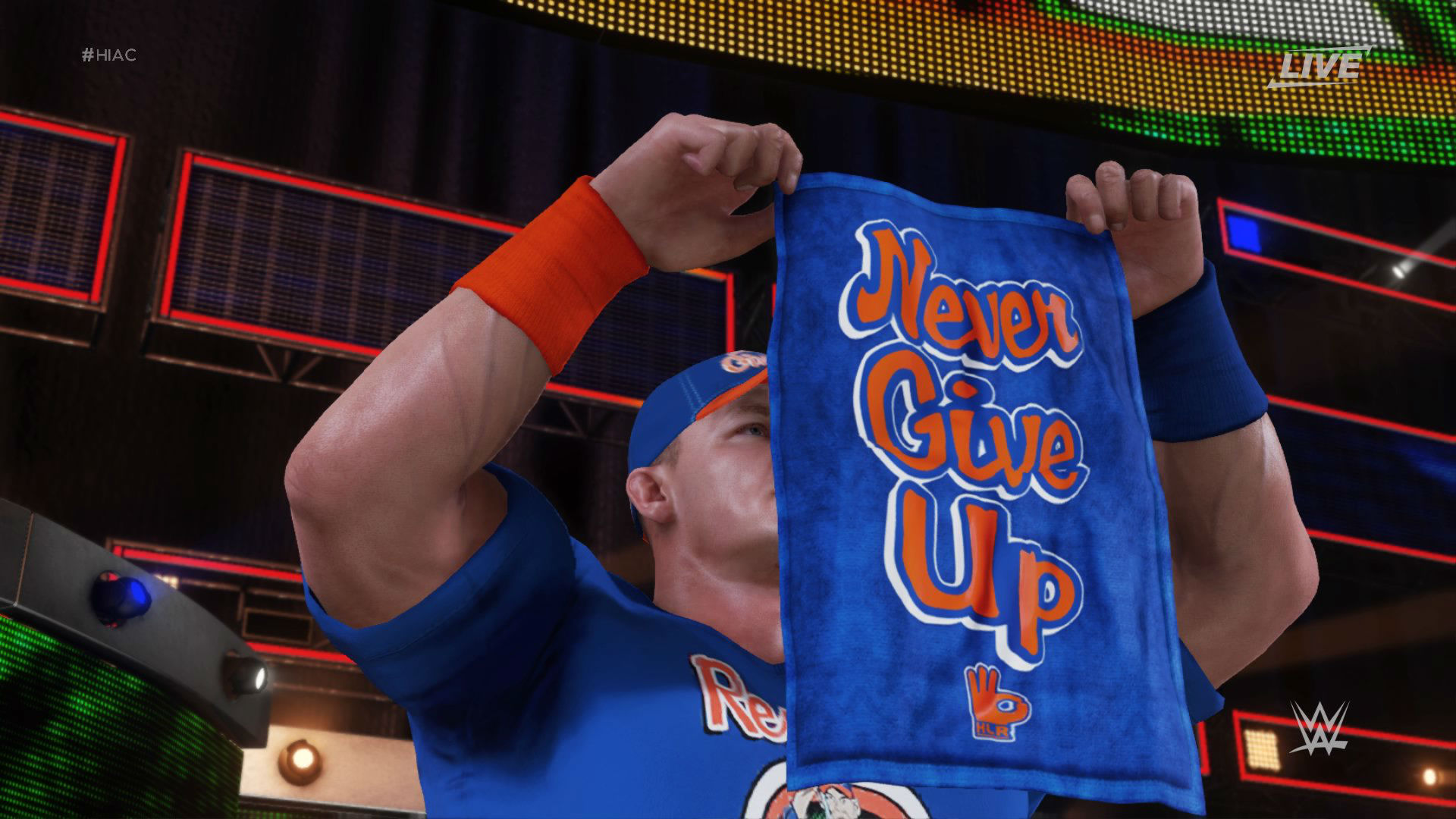 If you’ve never played a WWE 2K title before, the series’ technical gameplay would probably throw you for a loop considering how many mechanics are shoved into each fight. It’s far from something you can just jump into an one-on-one match and play. 2K18 continues the trend of the small mini-games dictating the flow of each match. Moving the joystick in a circle to escape submission holds (or a new feature this year, mash buttons to escape), and most egregiously, the pinpoint accuracy of the Reversal system. It’s timing specific (hit too early or too late and it’s a failure) with a slim window to react, so it becomes necessary to memorize the move animations in order to really be successful. Failing that, just being lucky.

The new addition to matches this year is the ability to pick up your opponent in different positions (fireman’s carry or power bomb, for example), carry them around for a bit, then choosing a direction to slam them. It’s a neat little nuance, if you can pull it off, but you probably won’t mess around with it too much given how easily the A.I. can reverse out of this move. But since you can do things like completely throw your opponent out of the ring, it can be effective and cool when all the stars align for it. With sluggish movement and wonky hit detection, however, it’s a matter of luck once again.

2K18 is probably the best looking of the last few iterations, with an improved lighting engine, but some character models fare better than others. Take Nia Jaxx, for example, who’s a freakin’ model in her spare time but you would never be able to guess that by looking at how she’s represented here. There’s a good deal of production value in each superstar’s entrance, with performers like Booby Roode looking as “glorious” as he should. But that all goes out the window once they get into the ring proper.

The A.I. may be an expert at pulling off split-second reversals, but too many of my matches devolved into watching my opponents continuously walk into ring posts rather than say, climb on the top rope. Then there are the occasional glitches where you can see Cesaro clip through his partner Shaemus, weird collisions when you try and pick up an opponent from the wrong angle, and pantomiming looking just slightly off enough to be uncomfortable when cutting promos.

That’s right, the rigid promo feature finds its way into 2K18 as well. When cutting a promo in either of the single player modes, you’re presented with four choices to garner more cheers or more heat. Choose responses that closely align with one another and get a better score, but the writing of these promos feel a bit random. You could be going for a good guy vibe and choose “I respect my competition,” but the full line will end up being something like “I respect my competition, but you’re all trash.” It’s yet another matter of luck, which seems to be a pattern across all aspects of 2K18. At least the character creation is still under your control.

Creation is still wildly expansive, and it’s nuts how much you’re actually able to tweak. You can even make, for example, a vomit green, vascular, super oily, mini-Hulk with a picture of Randy Orton tattooed onto his face, name him “Money,” and have him come out to Naomi’s entrance music with Shinsuke’s entrance movement. I spent a number of hours customizing my monstrous virtual boy, but after that? You can’t use player creations outside of the middling MyPlayer or online Road to Glory mode (which takes your custom character online to face others for points, but seems to be locked on the WWE’s bi-weekly pay-per-view schedule for now); which is somehow even worse than ever. 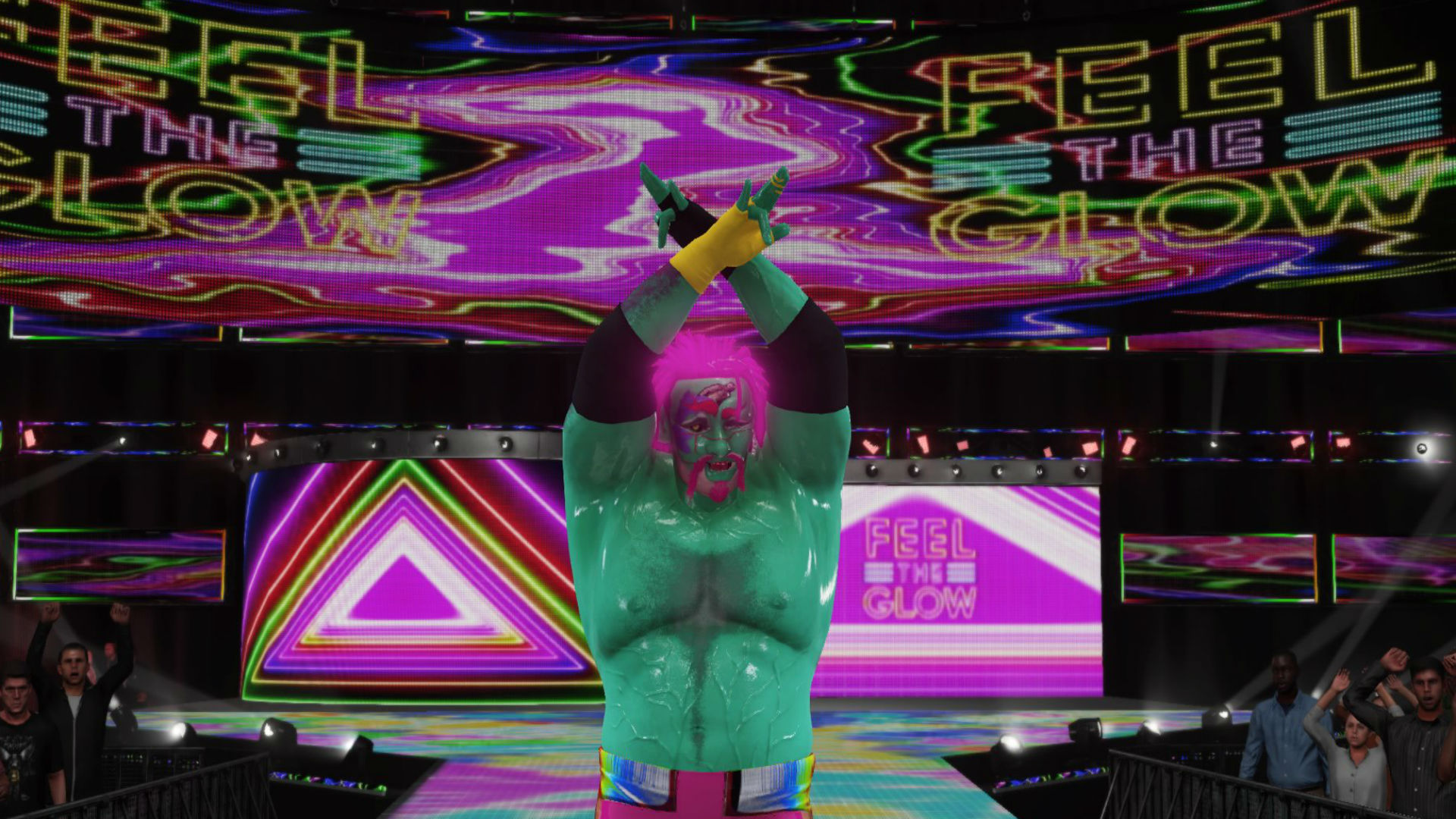 It’s a neat career mode, in theory, where you can go from recent NXT prospect to WWE Universal Champion at Wrestlemania but there’s added padding in 2K18 with the backstage segments. While they have the promise of unlocking side-missions to become an even bigger heel or face, each conversation is an exercise in banality.

Superstars get generic one-liners (which often don’t align with their personalities, even outside of kayfabe), there is no spoken dialogue so you watch as both characters oddly mouth along to nonsense, and you need to speak with someone of authority (though not “the” authority) in order to start and end any event. It gets tedious far too quickly, and is even more of a problem once you factor in how long each transition (from backstage, to menu, to match, back to menu, then to backstage, then to next day’s event) takes to load.

Dedicated WWE fans may be able to sit through MyPlayer or the Universe mode, which lets you book matches till your heart’s content and give Finn Balor a proper Universal Championship run, but there’s honestly not a lot of inherent reward to doing so beyond playing out fantasy booking dreams. Even then, there’s still the matter of dealing with tedium of loading and potentially un-fun gameplay with each match.

Oh right, there are loot boxes here too. There aren’t microtransactions, as 2K loudly proclaimed, but it sure doesn’t alleviate the ton of grinding needed to earn virtual currency just for the chance to strengthen your created character. Given they’re mainly for created player upgrades, you can ignore them altogether if you wanted.

Much like being a fan of the real thing, WWE 2K18 is often more of a chore than it is fun. Hilariously, yet tragically, I still find myself hoping it’ll be better next time.