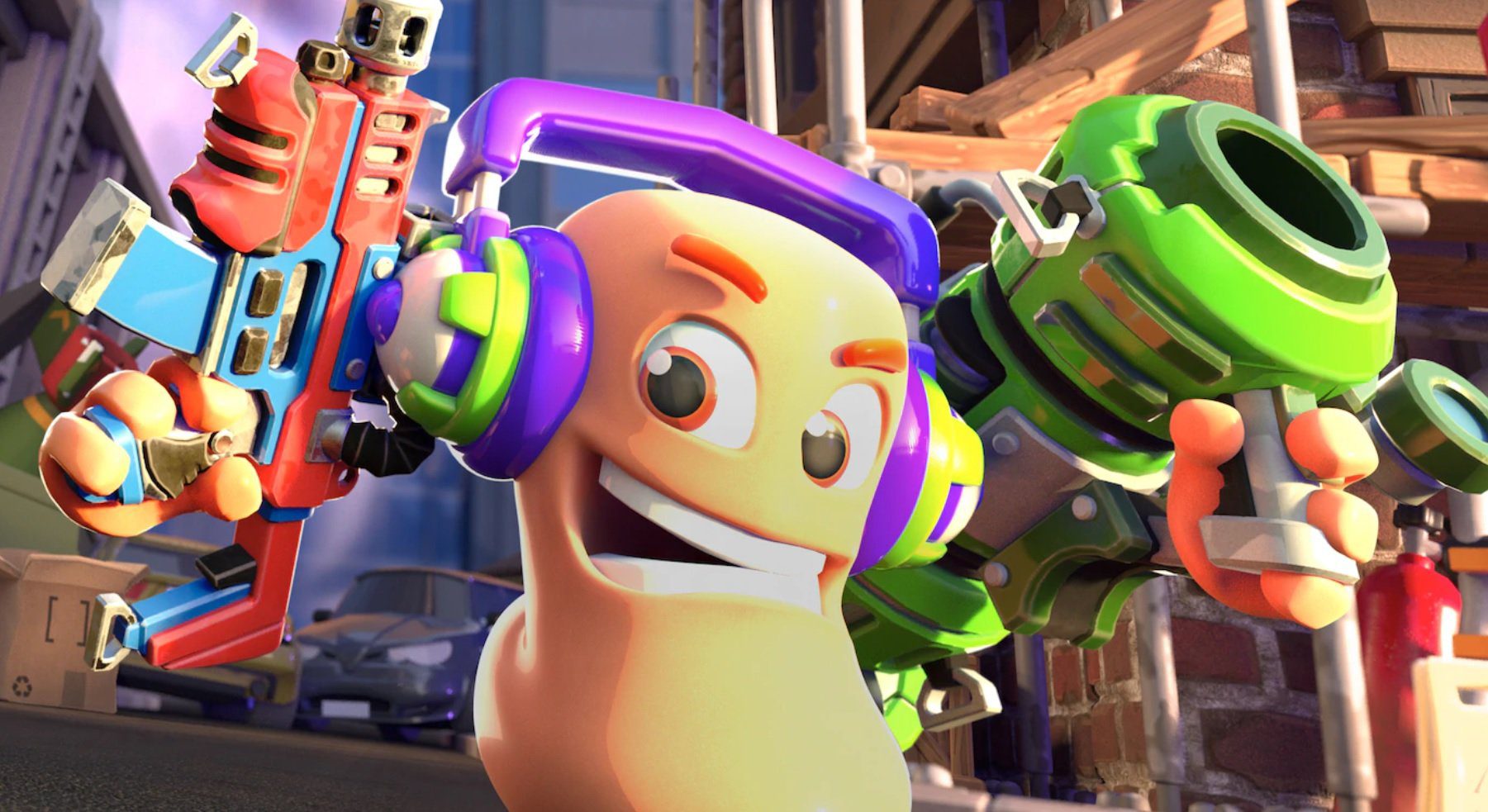 Worms has been a part of my life since I was a kid.

My first foray into the world of tactical wormy combat was on the Game Boy many moons ago, and my wife and I have been jamming the series together for over a decade. For the most part though, things have been relatively comfortable for Worms. It might get a new gimmick, another theme, a level editor, or more customizations — but at the end of the day, you’re inching around shooting guns in a turn-based manner.

This is why I applaud Team17 for experimenting yet again with Worms Rumble, even if it comes up a bit short. 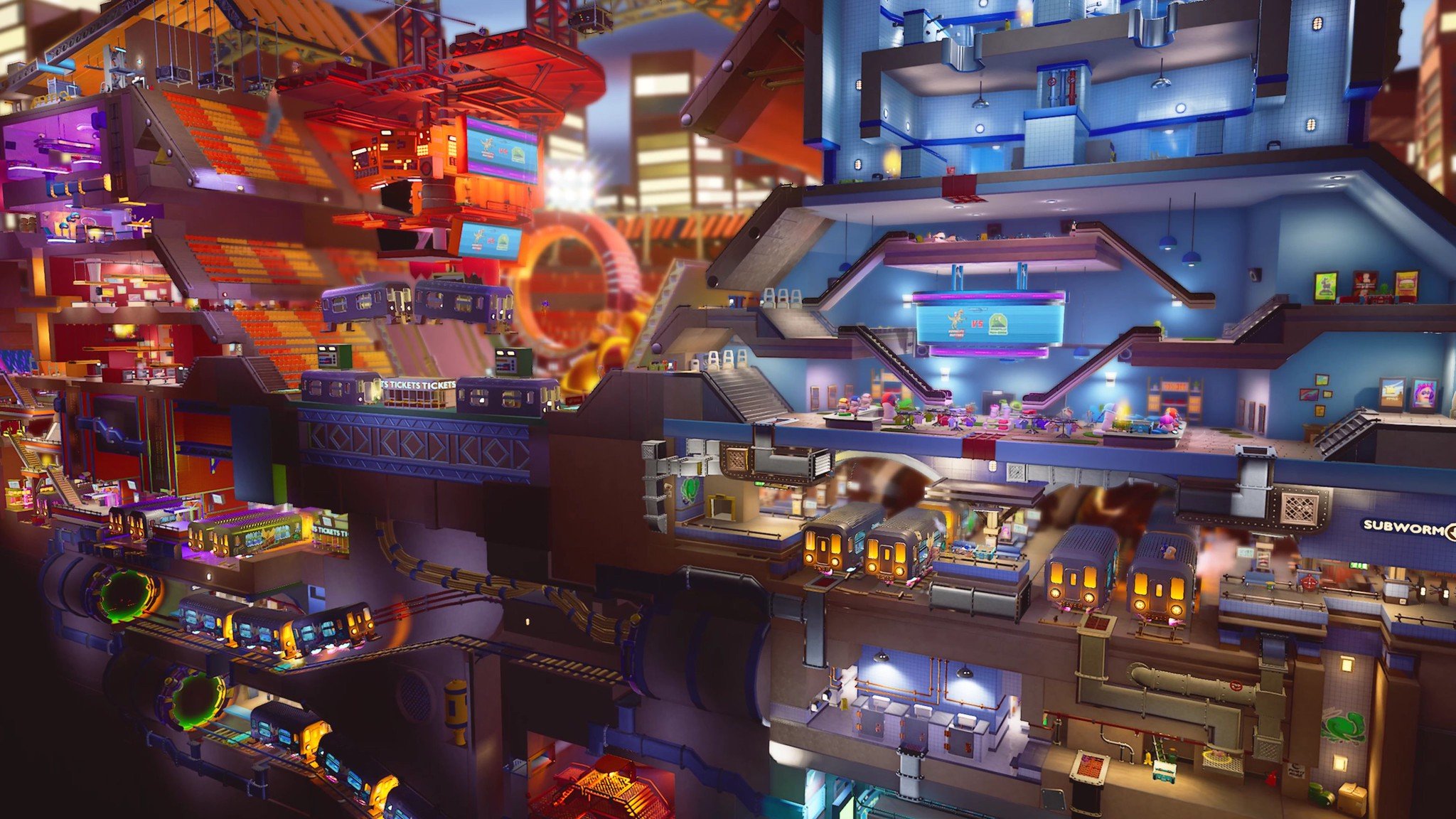 The “rumble” bit is key, as this isn’t the standard Worms formula here. Think of it like a real-time deathmatch, complete with the same third-person aiming and movement system; with a battle royale mode (last worm standing) to boot.

It really is that simple. There’s no local play in Worms Rumble, much to the chagrin of my wife. Instead, Team17 traded in local support for 32-person cross-platform multiplayer, in a bid to keep the community trucking along and sustain the game. There is no campaign. There’s no offline modes at all, really.

It’s a bit of a problem. I’ll get to why the existing modes are fun in a moment, but Worms Rumble feels more like a fleeting game that needed a PlayStation Plus push than the staple timelessness of older titles. In an era of battle royales and online-only games, this sort of shakeup was needed, but without a comfort-food mode to fall back on, Team17 is risking it all if people stop playing it. 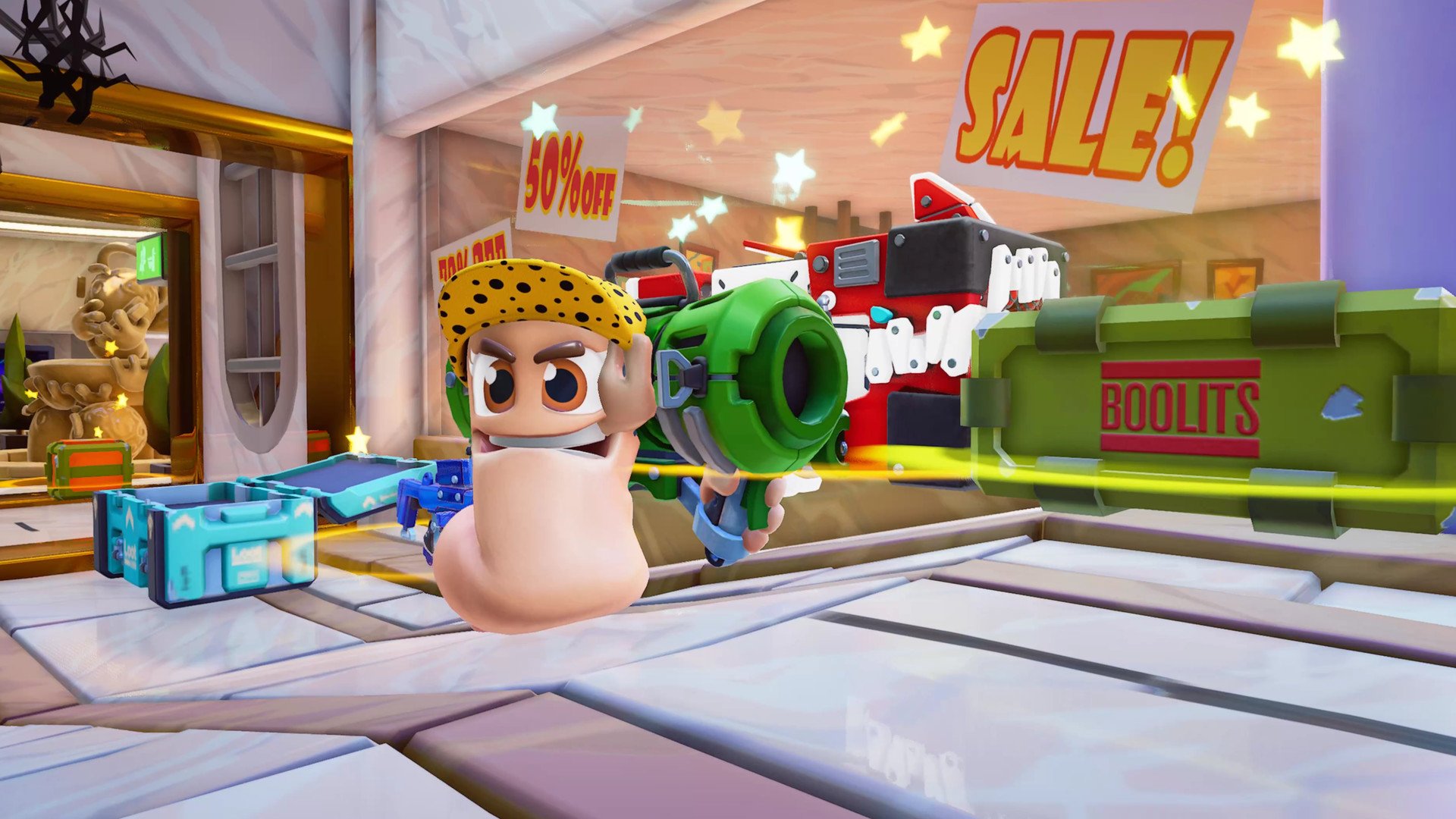 I hope that doesn’t happen, actually, because Rumble can be exciting when it really gets going. The arenas are quite varied and gigantic, in part due to the teeny size of your player character (who can be customized of course, through various unlocked-in-game cosmetics and voice packs). Even in a real-time environment the Worms combat system shines, allowing for quick aiming and lighting fast reactions.

All those classic Worms weapons still work in real-time, and in a few cases, are arguably more fun. The Holy Hand Grenade never stopped being hilarious, nor did the devilish detonate-on-proximity sheep gun. With a greater emphasis placed on the survivability of your single worm avatar, even low-tier weapons are more viable now, adding a larger degree of variety to Worms combat in general. Yes, the grappling hook and jetpack are still in, but with the generous roll-jump and wall-jumps, you don’t always need them to get around.

Over time though, that joy starts to wane naturally due to a lack of meaningful progression and gametypes. For the most part, I’ve just worked deathmatch out of my rotation altogether, and have not found a group willing to play team battle royale, which leaves me with one mode. More modes could arrive down the line, but for now, this is what you’re getting.

This review is on the short side because there isn’t a whole lot to Worms Rumble as is. You queue up for your mode of choice (which will probably be battle royale solo queue more often than not), you try your best to rank, unlock a few cosmetics you may or may not use; then repeat. Like the hundreds of games on the market like it, it can be a joy to play, but you’ll likely want to wash it out with something else later that afternoon.