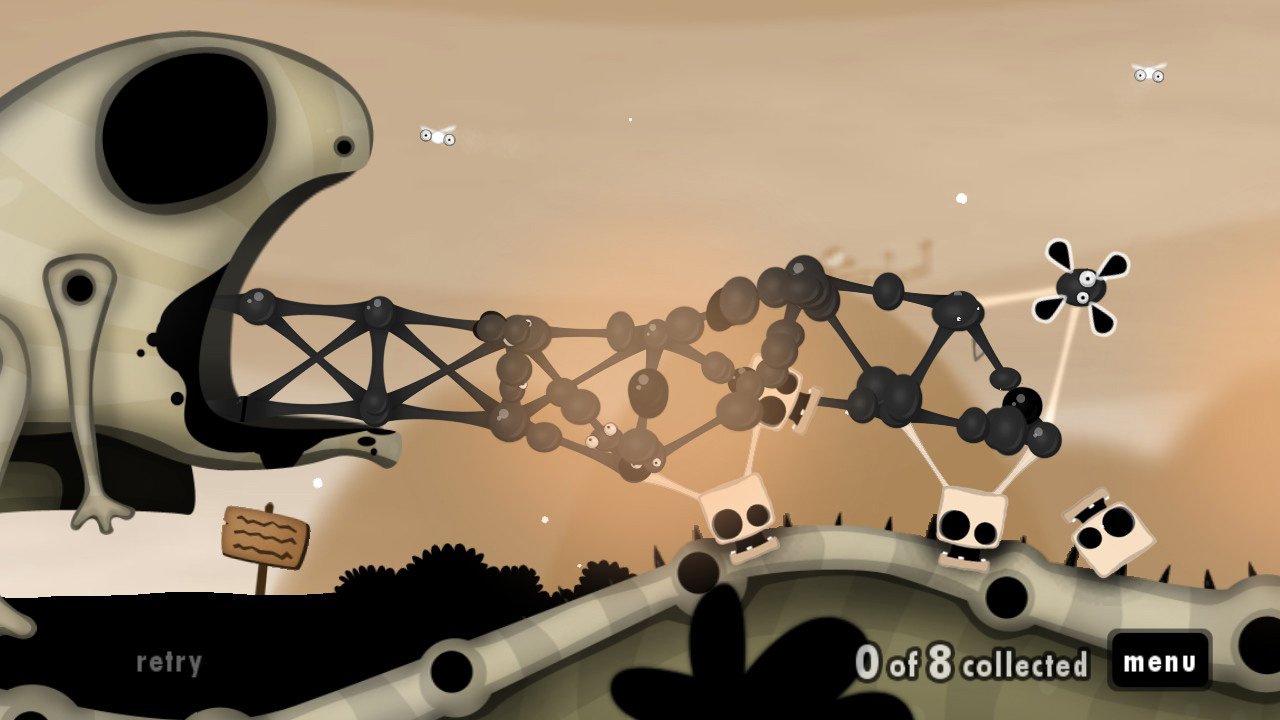 Wait long enough, and everything old can start to feel new again.

That’s the happy accident of a situation I found myself in with World of Goo, the near-universally well-liked puzzle game about plucking and plopping down living bits of gooey foundation. It has long been filed away in my mind as a wonderful video game, but a few too many faded memories have rendered me unable to express specifics beyond that generalized warm and fuzzy sentiment.

With the latest port arriving on Nintendo Switch, I’ve been given all the reason I need to revisit World of Goo and potentially fall for it once more. Despite first releasing in a far-different independent game scene back in 2008 — WiiWare feels like a lifetime ago! — it still has that special feeling today.

The crucial point I had forgotten about World of Goo is just how much it earns that name. More than a loose collection of free-form, physics-driven building puzzles, this game feels like a glimpse into a genuine world — one that’s bigger, stranger, and better-thought-out than we’ll likely ever know.

The adventure begins with simple but fun experiments in constructing (more or less) structurally-sound bridges and towers out of roaming goo balls. If this is all you’ve ever seen of the game, you’ve been missing out. World of Goo goes to unexpected places, and it’s not merely the set pieces that change. The designers cleverly and continuously fold new, original mechanics into the story progression.

By the end of it, you’ll have worked your way up to finding a beauty-based source of renewable energy and a path inside the literal “Information Superhighway.” The latter chapter — the game’s fourth and final stage, aside from a shorter and significantly tougher epilogue — is such a treat. Every time I thought I understood the stakes and had the rules all figured out, World of Goo would pull a fast one on me like this with a mechanical twist, a surprising story moment, or a mood-shifting piece of music.

Content-wise, this port isn’t anything particularly new, apart from a soundtrack mode. The experience of playing on Nintendo Switch is somewhat new, though. It’s the first time many of us will get to slide off a Joy-Con controller and wield it ostensibly like a Wii Remote. There’s even co-op.

With the Switch hooked up to my TV, the game had me place my Joy-Con on the ground for a couple seconds to calibrate, then it was ready to go. Using the pointer controls, every so often, there’s this slight creeping cursor drift to contend with, but recalibrating is as quick as tapping the plus (or minus) button. And while some larger-scale levels can feel like a plodding chore to tilt or pan your way through with a Joy-Con in hand, this setup is certainly playable — better than I was expecting, even.

As such, playing undocked with touch controls was the way to go for me. Part of that comes from the intrinsic appeal of taking the Switch with me wherever and not feeling too cramped on its screen. The other benefit? Having more immediate and tactile controls, ideal for when you need to snatch up a batch of goo balls in a frenzied panic as your makeshift tower bends to the point of no return.

If you’re new to World of Goo, there’s no shortage of people who will plead its case or platforms to play on. I’m right there with them. After all these years, it remains a delight from damn near top to bottom.