Don’t fly me to the moon

Visual novels are a finicky medium. It’s difficult enough to drum up interest because of their exotic origins, and harder still to find an audience due to their nature — it’s a bunch of reading. And you can’t always be sure that the story you’re reading is going to be one that you’ll want to invest dozens of hours in. On one hand, you’ve got a menagerie of engaging tales that capture the imagination and ensnare the reader until the very end. On the other, you’ve got a set of stories with dull, flavorless dialogue and uninteresting protagonists.

Why waste time on a less-than-stellar adventure when there are juicier ones at your disposal? I find myself asking this question and others when it comes to World End Economica Episode 1, Spice and Wolf author Isuna Hasekura’s three-part visual novel series that follows a teenager who runs away from home and attempts to make a living for himself in the world of day trading. It’s ambitious in scope, but ultimately ends up failing due to a lack of interactivity and a protagonist that’s difficult to root for. 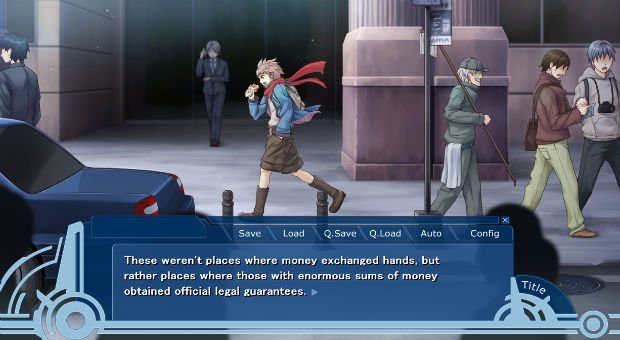 The tale of pipsqueak stock broker Yoshiharu (nicknamed “Hal”) is one that piqued my interest right away, as it didn’t include your average (and faceless) high school student seeking a girlfriend or sifting through a boring harem. Its sci-fi lilt brought with it an air of freedom from the chains that traditionally bind VN protagonists, and thus I was all in from the beginning.

World End Economica follows the completion of mankind’s greatest accomplishment: colonization of the moon. Humanity is migrating to space, though this advancement creates as many new problems as it does opportunities. There’s a growing rift between those born on the moon and those born on Earth, and it’s clear through Yoshiharu’s journeys that “moon children” aren’t exactly welcomed on our blue planet. As the teenage son of the very first two colonists on the moon, Hal decides he’s had it with working-class life and wants to strike it rich through stock trading. He drifts from net cafe to net cafe, a vagabond narrowly avoiding scrapes with the police, until he runs into Lisa, a friendly church owner who gives him room and board.

Unfortunately, there’s another teenage runaway who’s also taken up residence with Lisa, and she’s as tsundere as they come. She’s a mathematical genius, but a loner through and through. In case you couldn’t guess that simply by looking at her (her character design is typical of the archetype), the novel finds plenty of ways to remind you here and there of how “cold” she truly is.

Hal and Hagana simply can’t get along, and right about where they begin their ceaseless bickering is when I decided World End Economica just wasn’t doing it for me. There’s something to be said about new and gripping ideas when it comes to visual novels, and with a story that appears to be heavily focused on elements so far outside the norm for the genre, seeing cookie-cutter tsundere girls and a protagonist who’s little more than a selfish brat is more than a little disappointing. 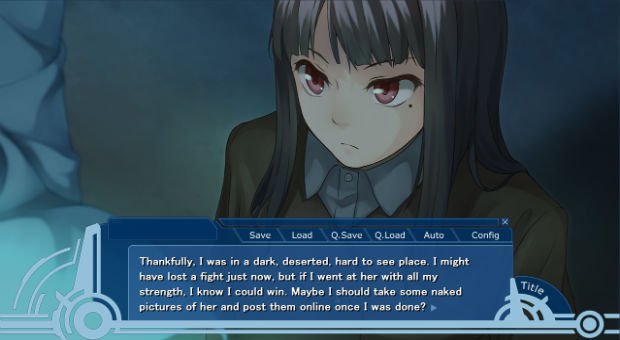 It’s especially disconcerting when you factor in the main focus of this episode, which happens to be a virtual stock trading competition that Hal will be competing in. There’s so much fluff masquerading as character development from the beginning up until the big reveal that it’s difficult to maintain even a passing interest in what the characters are actually doing. Given that I didn’t connect with any of the cast at all in the first place other than with Hal and his love of money, it was a difficult read. While both Hal and Hagana do tend to soften considerably and both become more personable near the end of the episode, I didn’t feel moved to investigate the next one — especially if it all it’s going to deliver is a heavy dose of exposition with characters I’m not even interested in learning more about.

And then there’s the stock trading itself. For a game wholly based on the idea of virtual stock trading, there’s little to no visual representation of said activity or any attempt to involve readers in the economical side of things beyond technical jargon and straightforward descriptions of how playing the stock trade actually works. I was hoping there would be at least a few interesting attempts at making the trading accessible for any type of audience, but it just didn’t work out, and with bland visuals and sometimes black screens accompanying simple text, I found myself bored to tears more often than not. When reading is already your primary interaction with a VN, the story has to keep you entertained, and this one failed to on several occasions. 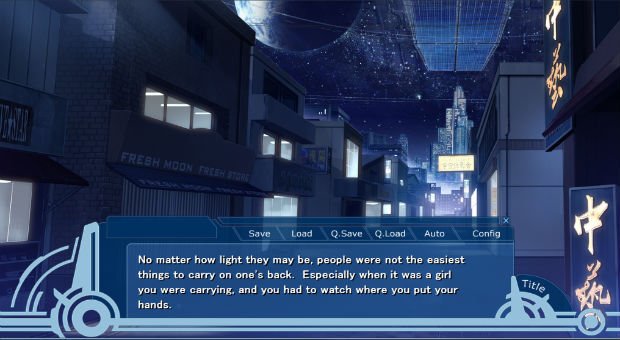 Luckily, the CG scenes were quite aesthetically pleasing, even if the character models themselves had an amateurish feel to them overall. Poses don’t always seem natural, and there’s a strange look to the shading in some areas, particularly the necks on both male and female characters. It’s hard to ignore, especially considering the fact that it gives young girls the appearance of having wrinkled skin where there should be a youthful complexion. And the music’s nice when it’s around, but wholly forgettable.

World End Economica has so much going for it: an interesting premise, a protagonist with an actual design and personality (even if it is a little rotten) and the opportunity to capitalize on a business rarely (if ever) explored in video games: stock trading. Unfortunately, it squanders the opportunity to capitalize on these great bullet points and winds up a generic, muddled mess of pacing issues, bland dialogue, and characters too difficult to connect with. 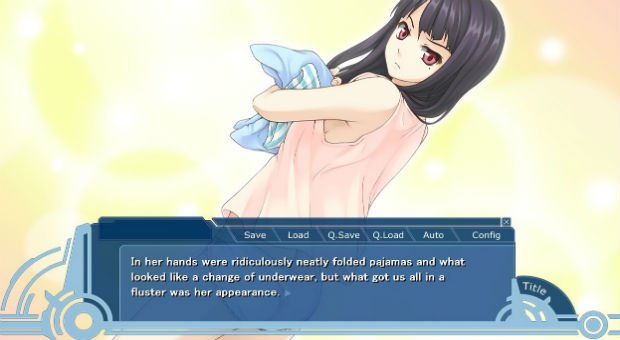 There are plenty of other more meaty and fulfilling visual novels out there that may be a little more expensive than this budget indie release, but you’ll come out of those feeling much better about your purchase than you would about World End Economica.